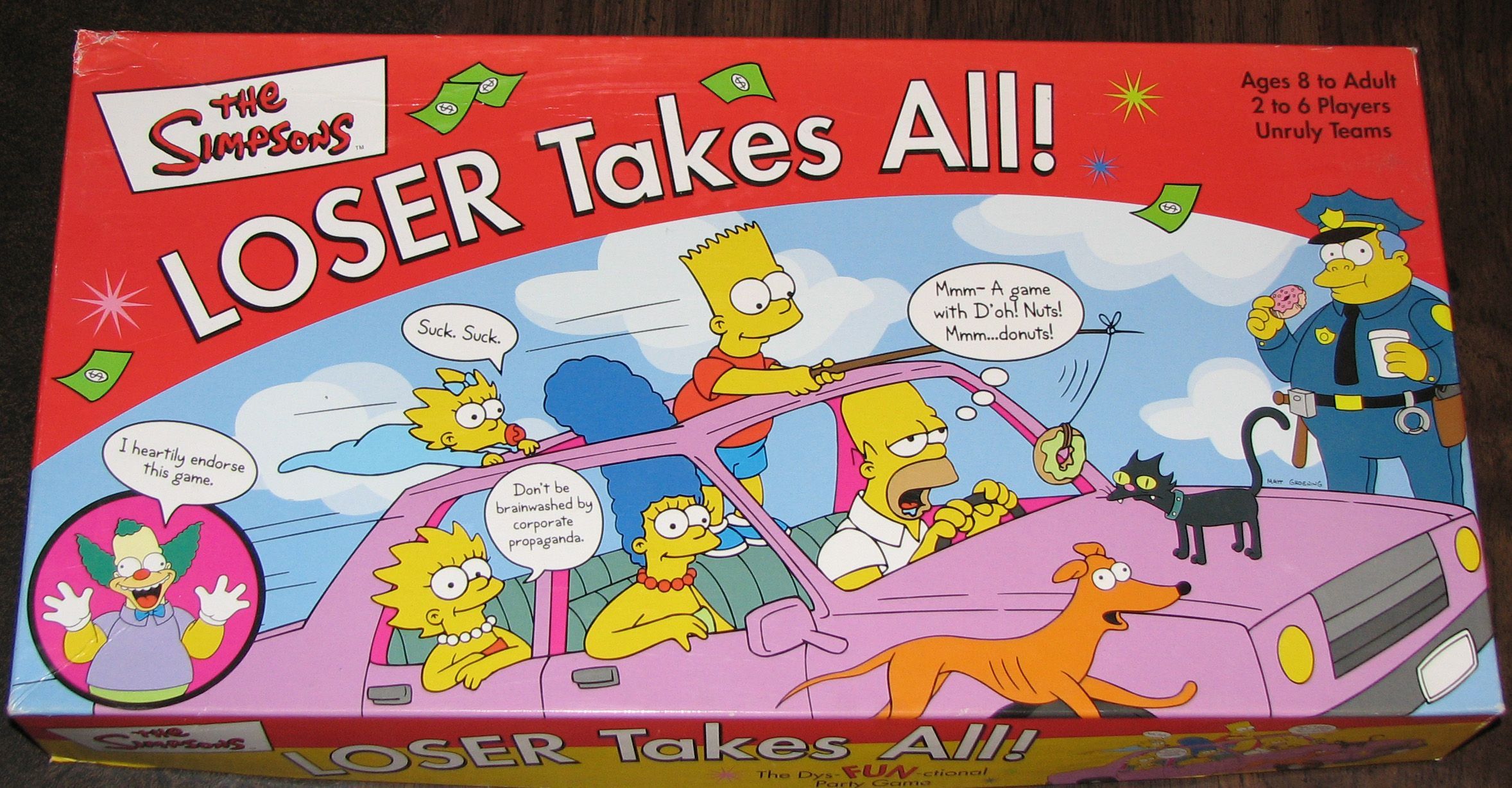 A Simpsons branded party game with a strong truth or dare flavor. The winner is the player with the lowest score at the end of the game. Players select a Simpsons character for a pawn and place it on the board. They are given $20 in fake money and 10 junk food tokens as well as the give character cards matching the pawn they selected. Players take turns using the spinner to decide actions and movement. Moving into a new square triggers the action described on the square, in addition to any action the spinner dictated. Typical actions are giving away money or junk food tokens to other players, receiving money or junk food tokens from other players, and swapping money or junk food tokens with another player. Special actions are the question spaces on the board. When a player lands on one they must read the next question on the current question card, write down their answer, and pick one of the other players to guess the written answer. If they guess correctly, they turn one of their character cards face down; if they guess incorrectly, then the current player turns one of the his/her character cards face down. Some sample questions: "True or False: I'd rather watch a horror movie than a sentimental drama." "What's my favorite movie?" "Has a dog ever chased me?" When one player has turned all five character cards face down, the game is over. Players with face up character cards remaining must add three points per card to their point total (sum of junk food and money). The player with the lowest score wins.