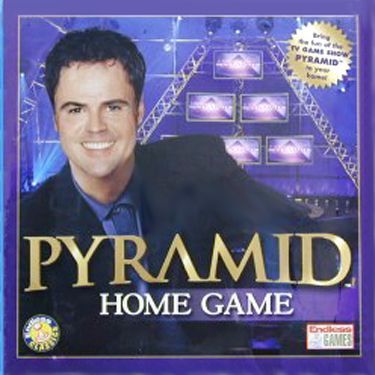 Board game rendition of the famous game show most frequently (and notably) hosted by Dick Clark. The object of the game is to describe items of a given subject to one's teammate as quickly as possible. Each team has thirty seconds for each list. The team with the most points after three rounds advances to the "Winners Circle" round. In the "Winners Circle" one teammate must make a list of items which fit each of six different categories. If the teammate can guess all six subjects in under sixty seconds the team wins the big money. The team with the most money after three games is the winner. The eight Milton Bradley games never used the actual Winner's Circle format, opting to use descriptions of items like the front game. The first three games were $10,000, with the Third Edition later repackaged as $20,000 with slightly different artwork to accommodate the change. The eighth game used $50,000, per the brief 1981 series.