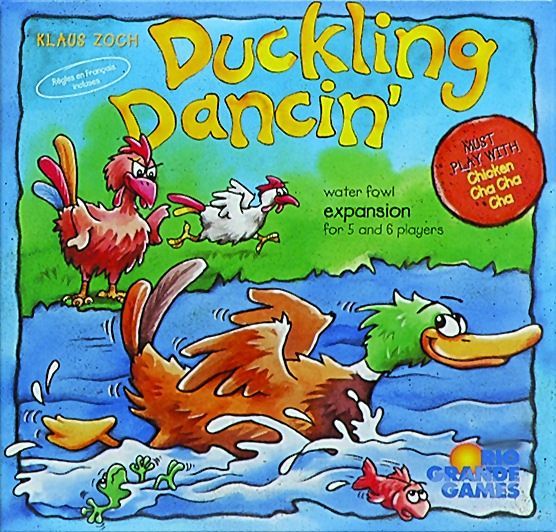 This is a two-fold expansion for Chicken Cha Cha Cha. 1) You get two more birds so you can play Chicken Cha Cha Cha with up to six players now! The newer figures look more like ducks than chickens. 2) You also get chicken poo in matching colors to the chickens. These act as extra obstacles that other chickens have to avoid. If you fall in someone else's poo, you have to give that player one of your feathers! This game is part of The Chicken Family of Zoch. Expands: Chicken Cha Cha Cha