End of the Line - Universal Statistics 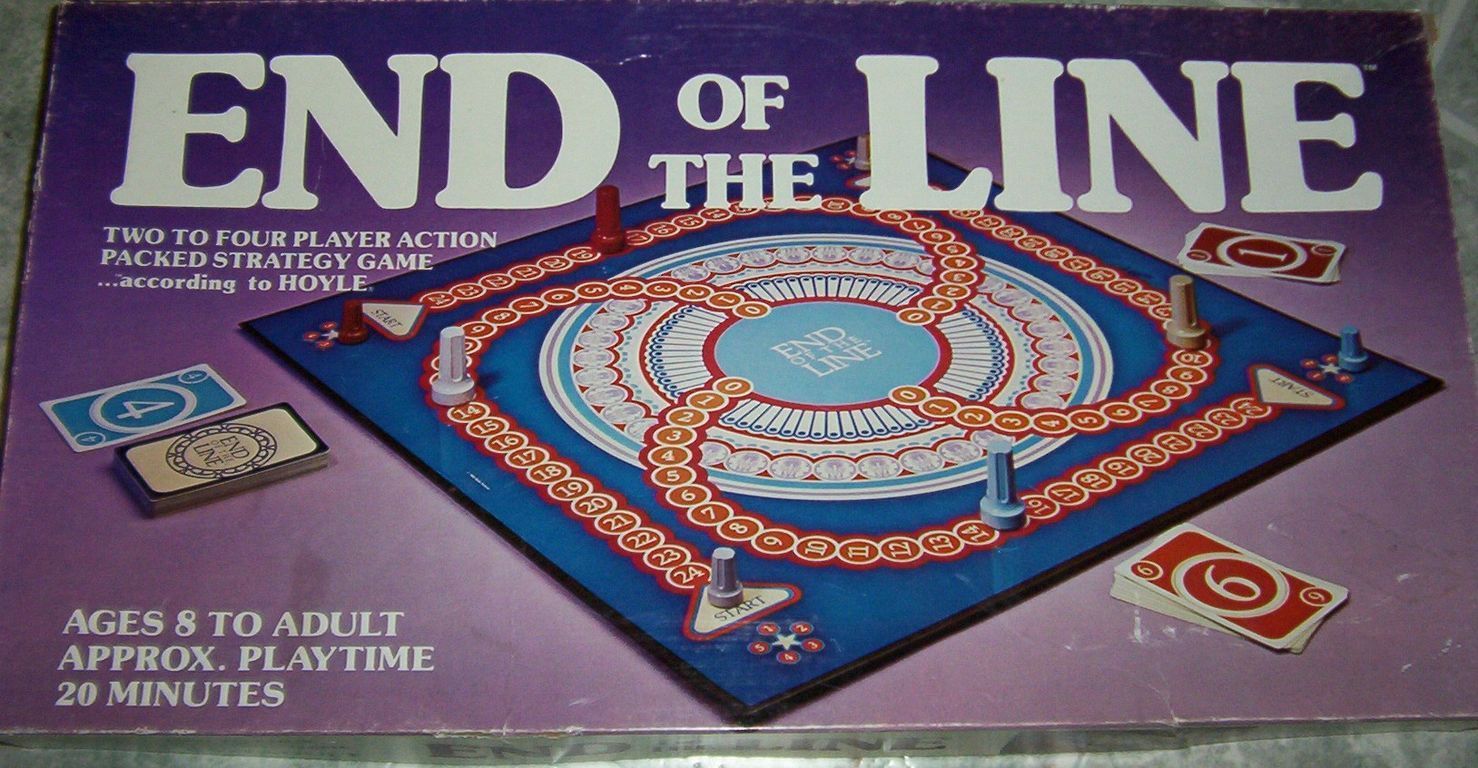 You can win in either of two ways. Be the first to score five points (with the small token) before moving the large token onto the End Of The Line space or outlast the opponents so they all end up at the End Of The Line before you do, even if you score less. The players simultaneously choose one of their 13 cards to play. Ties are discarded; of the remaining cards, the highest scores a point. Except for the discards, all players move their large tokens toward the End Of The Line by the amount played.