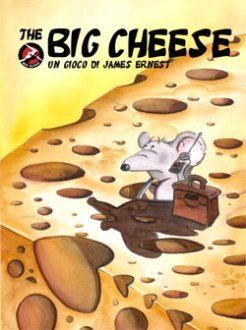 An auction game in which players bid from their pool of "worker rats" to gain control of corporate projects. The workers from the winning bid are then are assigned to the project. Each turn, one worker is removed from each project. A project is complete once all workers have been removed. The value of a numbered project is only determined at completion by a die roll. Two other projects, Veto and The Big Cheese, allow special actions during the game. The game has two different scoring schemes, depending on whether players use a single six-sided die or a set of seven polyhedral dice. This is part of the Hip Pocket Games series. Awards 1999 Listed in GAMES Magazine's GAMES 100