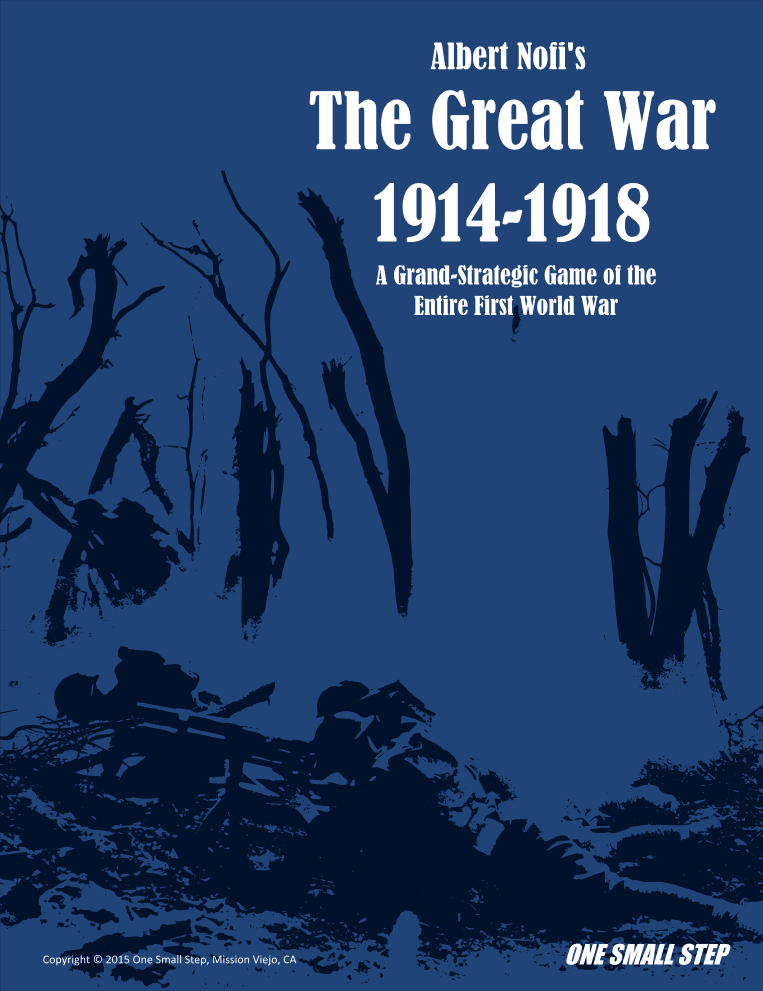 A strategic level, area movement game based on WWI. The map covers all major European and West-Asian countries ranging from Britain and France in the west to Persia and Russia in the east. Players maneuver armies, corps, and naval squadrons while engaging in mobilization, combat, and diplomacy. There are seven historical and one hypothetical scenario, plus a campaign game that links all of them into one massive 72 turn game. (One turn equals one month.) Each player begins with a set amount of resources and must manage them properly to gain victory. Run out of "money" (National Resource Credits) before the others and you're probably out of the game. Similarly, players have fixed mobilization pools from which to draw on to create new units. You can end up with having enough money to outfit a new infantry division but without any more young men to wear those uniforms! There are no endless supplies in this game to keep building unit after unit after unit. Makes for a very challenging and interesting gaming situation. Contents: 1 32" x 22" map 200 double-sided die-cut counters Rules Booklet Also available: 1 errata sheet, 1 advanced tournament optionals sheet.