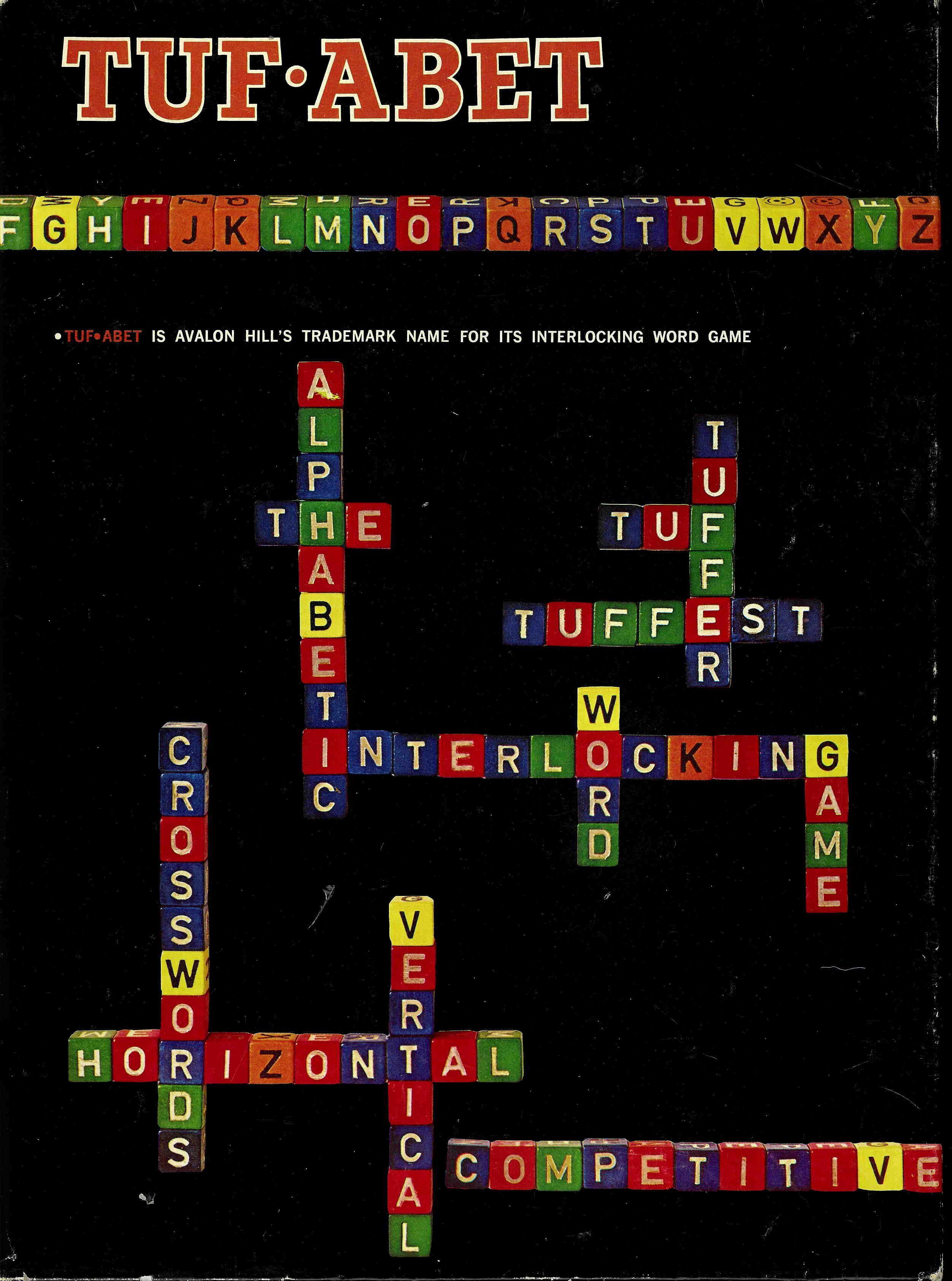 Players compete against time and one another to be the first to use all (or most) of their 20 letter-cubes. Each player has the same combination of cubes, but the letters are randomized by rolling prior to each turn. The 3-minute timer is then started. The first player to complete their grid (to their satisfaction) calls "Tuf" and receives an 8 point bonus at which time a second timer is started (2 minutes). If anyone else should top that player's number of used letters (must beat, not match), they may call "Tuffer" and start the 1-minute timer. At this time, the "Tuf" player may re-enter the competition by reorganizing his cubes (but the "Tuffer" player is hands-off). Should someone top the "Tuffer" player's tally during this one-minute span, he or she shouts "Tuffest" and the turn is over. Otherwise, players simply finish their grids before the minute is over and then everyone totals their score. Bonus points are given for capitalized words, longer words (6+ letters), and intersecting letters in the grid. Also, the Tuf and Tuffest players receive 8 point bonuses (this often being the same player who uses all 20 cubes during the first 3-minute segment).