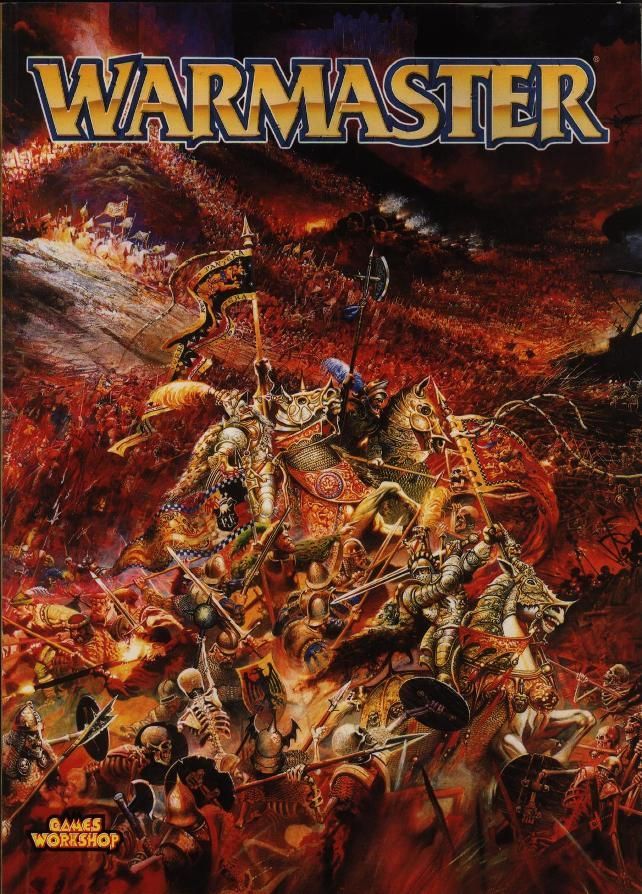 Warmaster is a set of fantasy miniatures wargame rules developed by the same company as produced Warhammer, Warhammer 40,000 and Lord of the Rings miniatures rules. This is not a complete game; players are required to independantly purchase miniatures and construct a playing surface (wargames terrain). The game is scaled for 10mm miniatures (1:144, N Scale), and is designed to represent combat at the regiment and brigade level set in a fantasy/renaissance techology world. In Warmaster, combat and casualty calculations occur at the stand level. That is, for every stand in a unit, a number of dice are rolled in combat. As whole stands are removed by sustaining casualties, the number of dice similalry decreases. The command mechanism in Warmaster is simple but evocative. Each leader model has a Command factor. To issue a command, such as 'move forward' to a unit, two dice must be rolled against that target command factor. For every subsequent order attempted the target number becomes more difficult to achieve. As a consequence, despite being on the surface a move-counter move system, the turns are variable length and each player may not have the full opportunity to achieve everything they may want to. This simple mechanism introduces enjoyable tension into what is otherwise a largely conventional set of wargame rules. Expanded by: Warmaster Annual 2002 Warmaster Annual 2003 Warmaster Armies Re-implemented by: Warmaster Ancients The Battle of Five Armies