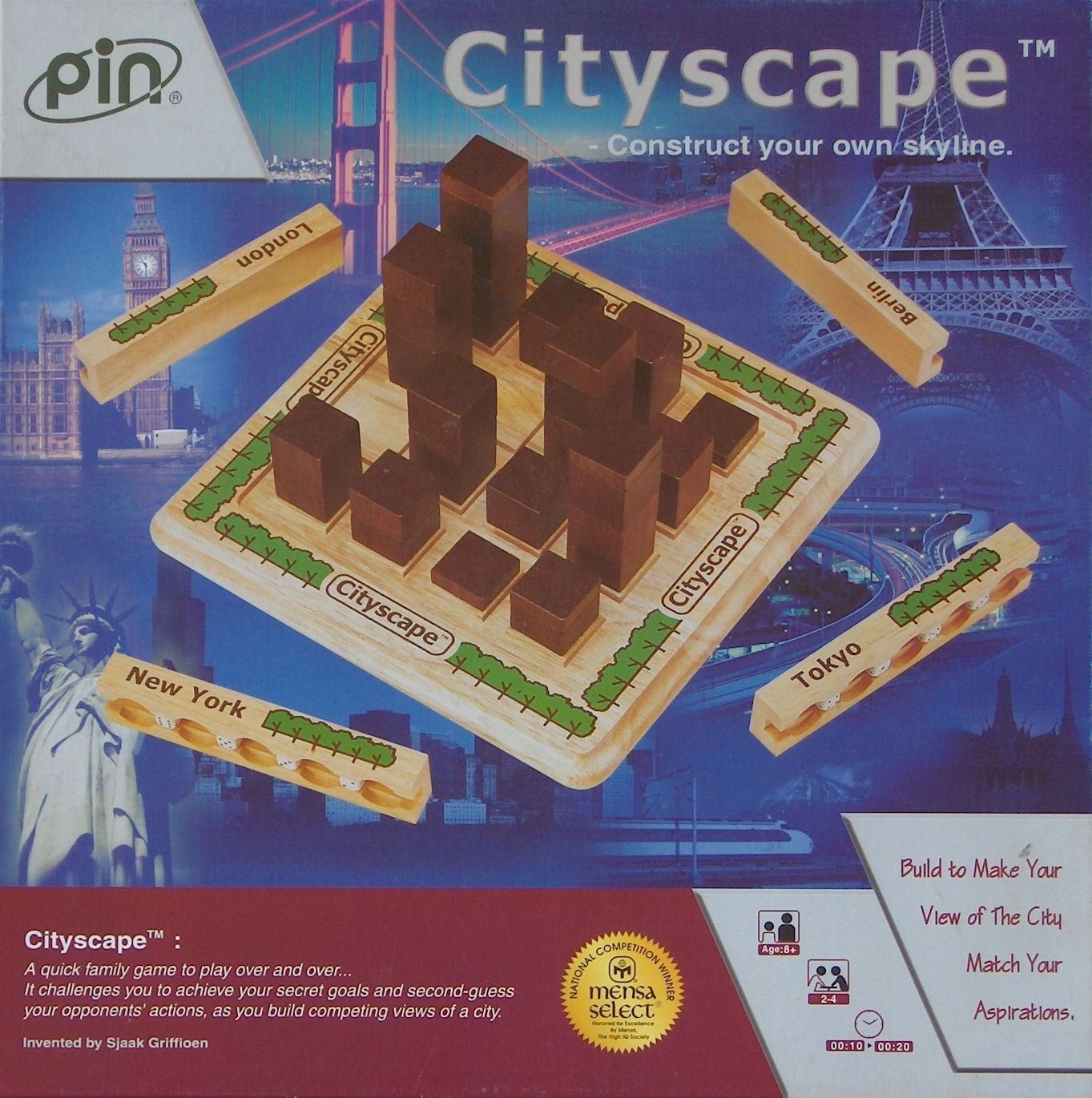 The world's cities are founded on the aspirations of many people. Their secret ambitions are seldom in agreement and rarely fully satisfied, but the interplay of their efforts leads to the unique character of each city. So it is in every round of Cityscape. Before beginning a city, the players set secret goals for their view of the buildings in the completed city. Each line of sight gets a separate goal, such as the number of buildings that will be visible, or how many are equal in height. These are recorded with dice as simple codes. Then the players take turns adding freely a block at a time to the rising city until all the blocks have been placed. The more buildings you set out to see, the more points you can score - But you only score points for meeting a goal exactly, so don't be obvious - play slyly to hide your plans till the end! 2003 Mensa Select