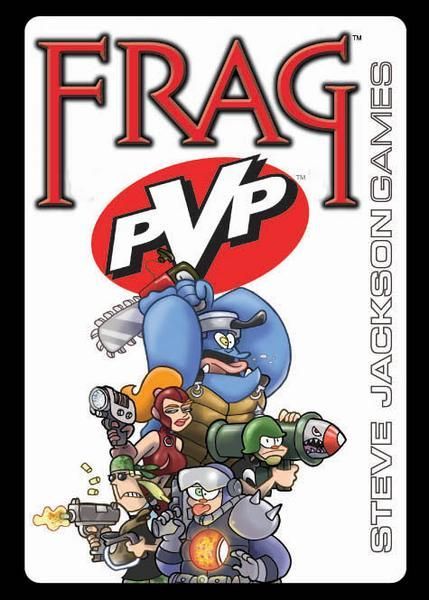 Scott Kurtz' hit comic PvP is now a game. And it's not just any game . . . it's Frag! Join Francis, Cole, Jade, Brent, and Skull as they blow each other away with flamethrowers, rocket launchers, and anything else they can get their hands on. This set features metal miniatures of the five main characters, sculpted by Richard Kerr, and 56 Frag cards illustrated by Scott Kurtz! Extra special bonus: three original comic strips . . . This is not a stand-alone game; it's a supplement for Frag, SJ Games' best-selling game of "first-person shooter" computer game mayhem, and you'll need that game to play.