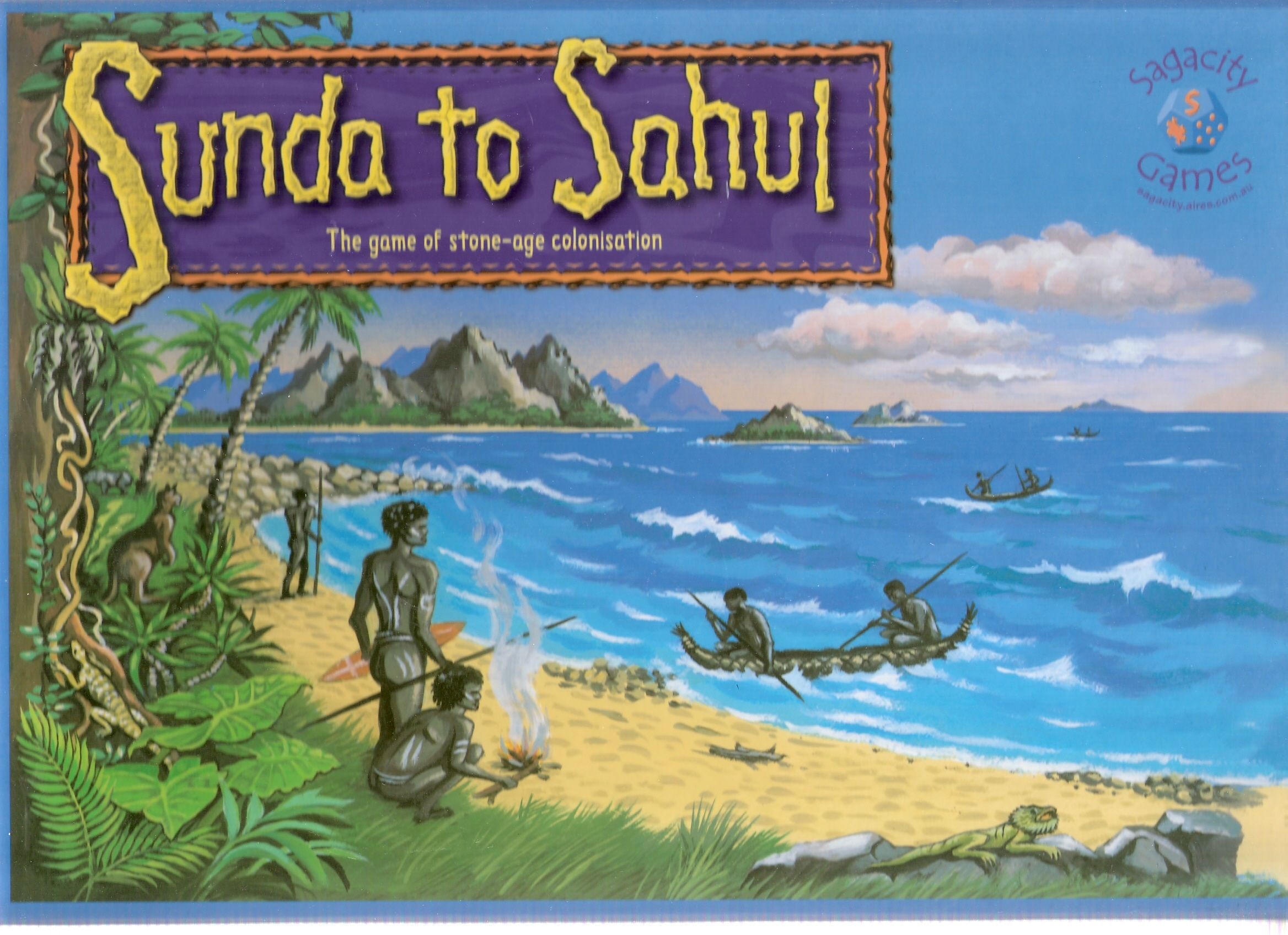 This is a lightweight strategy game for 2 to 4 people which also includes a number of challenging puzzles for 1 player. The theme of the game is the migration of people down the Indonesian archipelago into New Guinea and Australia. The games is based on a set of 136 laser cut wooden jigsaw like tiles which go together in a multitude of ways to form a set of islands. The game starts with all of the tiles face up on the playing surface and one tile in a cleared space in the center of the playing surface to start play. Players select a tile from the pool of upturned tiles and try to join tiles to it to extend the islands of an archipelago, 'discovering' a different set of islands each time they play the game. Each player has a number of tokens for his clan or totem. The aim of the game is to claim nodes (points on the land of the islands where the corners of a number of tiles come together). The player who places the last tile at a node may claim that node for his clan. If an island is completed then all of the tokens on the island double in value. There is therefore an incentive for players who have tokens on an island to cooperate to complete the island, but of course each is trying to get more out of the cooperation than the others. The game ends when one player has used all of his tokens or when no further tiles can be placed, or when the players agree to finish. The game can be played either as a race game with all players working simultaneously or as a turns based game. The race game takes about 30-45 minutes to play, while the turns based games takes 60-90 minutes to play. There are a number of optional game elements that can be added once players are comfortable with the basic game: fresh water rights (for water surrounded by land), tribes (clan tokens in a tribe are worth more than on their own), challenges (where a player can try to convert a token to their clan), and resources (owned by the player with the most tokens on the island at the end of the game). Some of these game elements result in a more cooperative styled game while some result in more conflict. Players can mix and match the game elements to produce a style of game that suits their mood or style of play. The publisher's website http://sagacity.aires.com.au formerly had more information but appears to be defunct as of mid-2010.