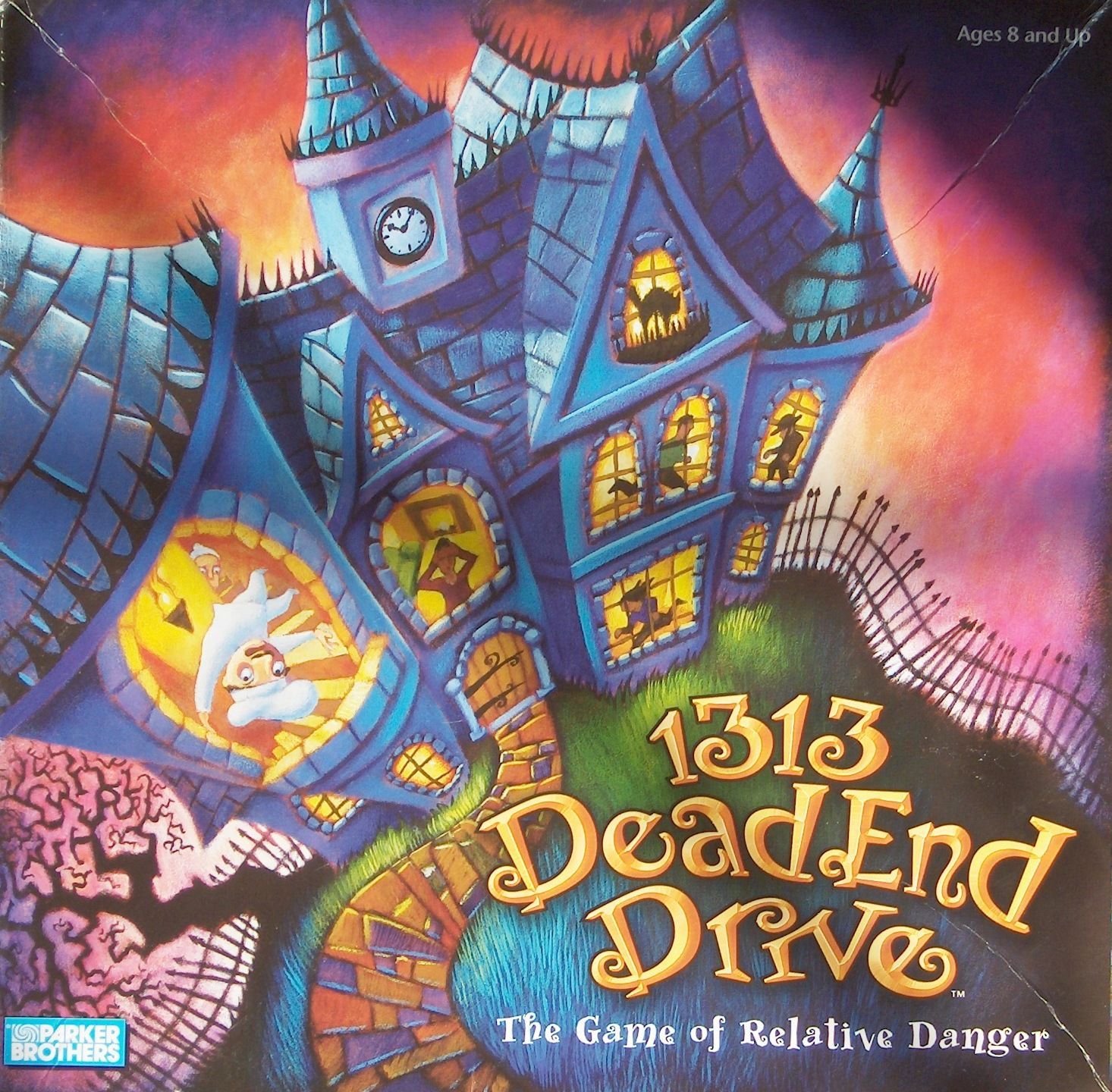 1313 Dead End Drive is a bluffing game where you should try to conceal your identity, as well as trying to reveal the others. On your turn you are moving two of the characters on the board (could be yours and/or the others). Movement is decided by dice (you chose which dice you use for each character you chooses to move). The game is won when either everyone is out of the mansion or when the last card (Clock Strikes Midnight) is drawn from the deck. You win by having the most moneybags (of the 20 available) of any of the players. You are always trying to "knock off" the other heirs because as they are gone, their moneybags move down the will to the next heir in line. The board is a 3D house with several traps, which you use to get rid of the other heirs. You can bluff by moving your opponents' characters towards the entrance or moving your own character onto the trap spaces, but without releasing it. Re-implements: 13 Dead End Drive