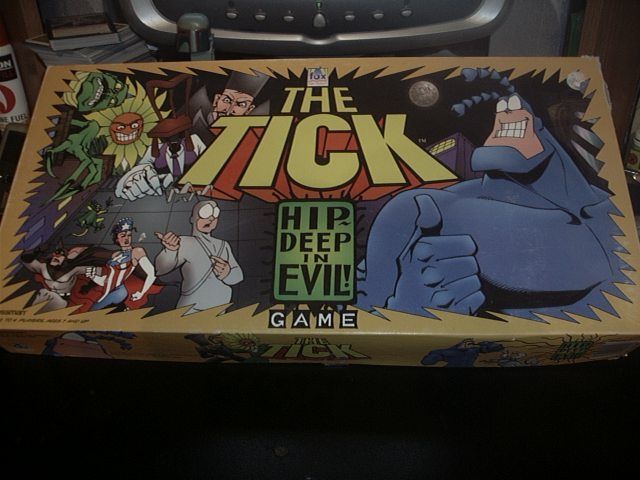 This is a roll and move game based on the cartoon version of The Tick. Many good and bad guys are represented from Arthur to Chairface Chippendale, El Seed, Dinosaur Neil, etc. You move around the board collecting good and bad guy tokens. You also battle bad guys using a unique battle resolution for each of the four bad guys. The game ends with a final battle in which players wager tokens in an attempt to better their situation. Scoring is unusual and can really change who wins in a random way. Each player draws a card a random that awards different points for each token. Each player adds up their score and the high score wins.