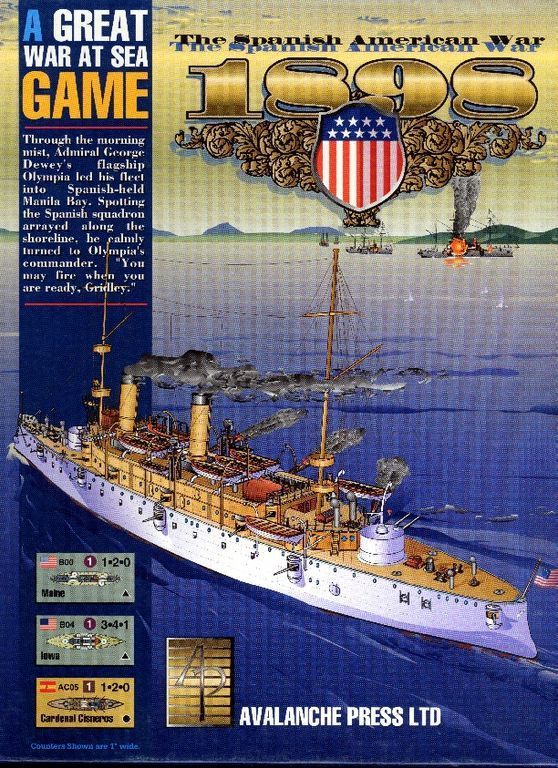 From the APL website: Spain’s colony of Cuba had attracted American expansionist desires since at least the 1850s. By the end of the century, the American “Yellow Press” had made attempts by Cuban revolutionaries to overthrow Spanish colonial rule a leading news story. American public opinion demanded that Spain grant independence to Cuba. When the U.S. battleship Maine mysteriously exploded in Havana harbor, President McKinley could no longer resist the tide of public sentiment. The U.S. government demanded that Spain withdraw from Cuba, and the U.S. Navy initiated a blockade of Cuban ports on 21 April 1898. For the sake of honor, Spain declared war on 23 April and dispatched an ill-equipped and completely outclassed fleet to the Caribbean. In two smashing naval victories the U.S. Navy defeated the Spanish fleets in the Philippines and the Caribbean. The U.S. Army seized Santiago de Cuba, Puerto Rico, and Manila. The fighting ended in less than four months, but the diplomats needed eight more to reach a peace agreement. The Spanish Cortes, unable to accept either its loss of Great Power status or that of Cuba, Puerto Rico and the Philippines, rejected the treaty. The Queen Regent overruled their action to prevent further consequences. The “Disaster of ’98” crushed Spanish national pride and helped undermine Spanish democracy and constitutionalism. For quite different reasons the U.S. people and government were divided over the treaty. They questioned annexing Puerto Rico and the Philippines. Many did not want to give up their isolationism. The war served notice that the U.S. was now a Great Power. The twentieth century would become one of American world influence. 1898: The Spanish American War includes 22 scenarios. Of these, 15 are playable with the game pieces and maps provided in the game. The other seven require one or more pieces from other Great War at Sea titles. Two campaign scenarios allow players to play out the entire war at sea. The operational map covers the area around Cuba and Puerto Rico where the war’s most important campaign took place. The game includes the full Spanish and American fleets of 1898, plus a number of American warships of the early 20th century.