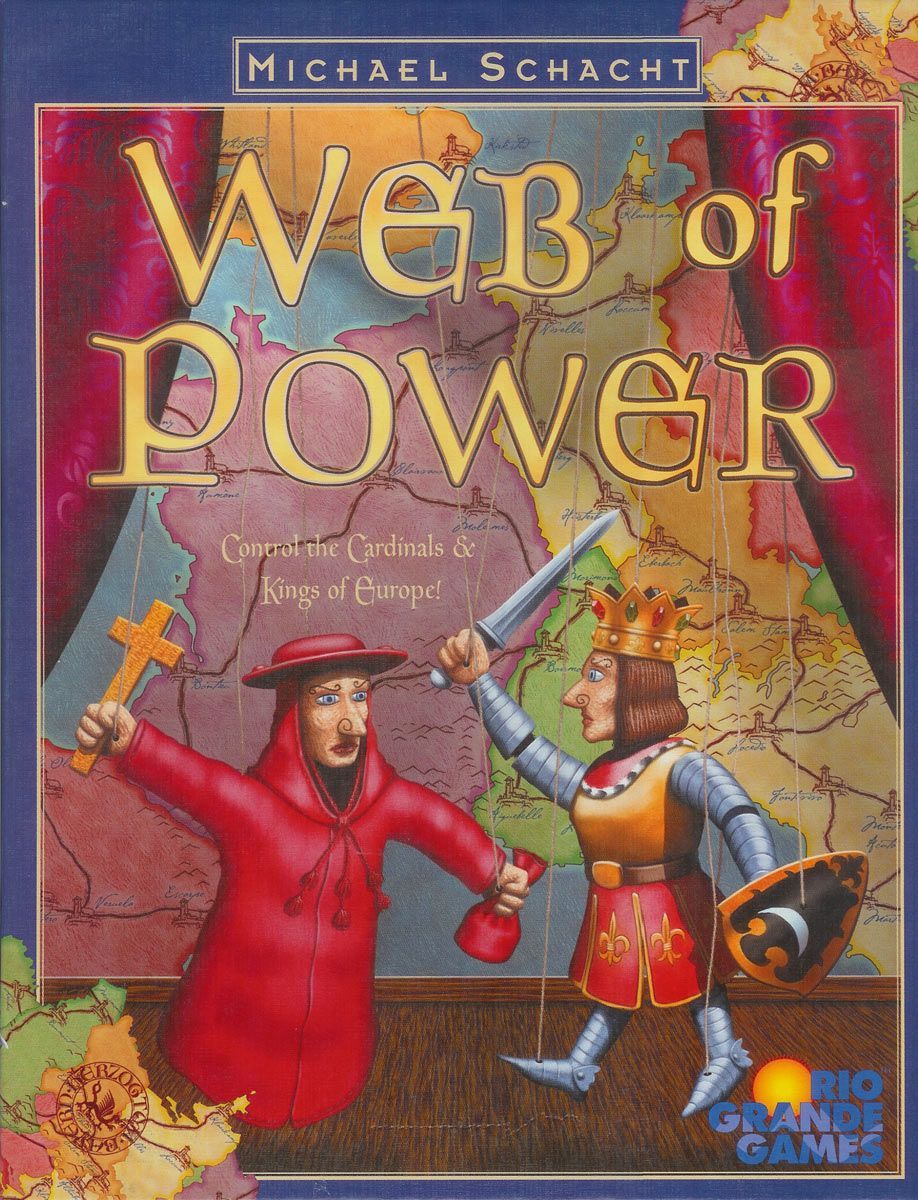 Players struggle for influence over regions of Europe by placing two different type of control markers, Monasteries and Advisors. Monasteries are the basic placement, with the goal of securing a majority in a region or chain of monasteries or even decent points from second place. The placement of the Advisors is more restricted as the total number of Advisors in a region is limited by the majority player's number of monasteries. The game is played in two rounds and is very fast paced. Online Play http://www.boardgames-online.net (turn-based) implemented bonus maps: China, Hellenia, Skandinavia, America, AD 850, Life on Mars, Big in Japan, Soviet Union http://www.onlinebrettspiele.de/kuk/default.asp?l=en (Against AI) Re-implemented by: China Expanded by: Web of Power: The Vatican Web of Power: The Duel