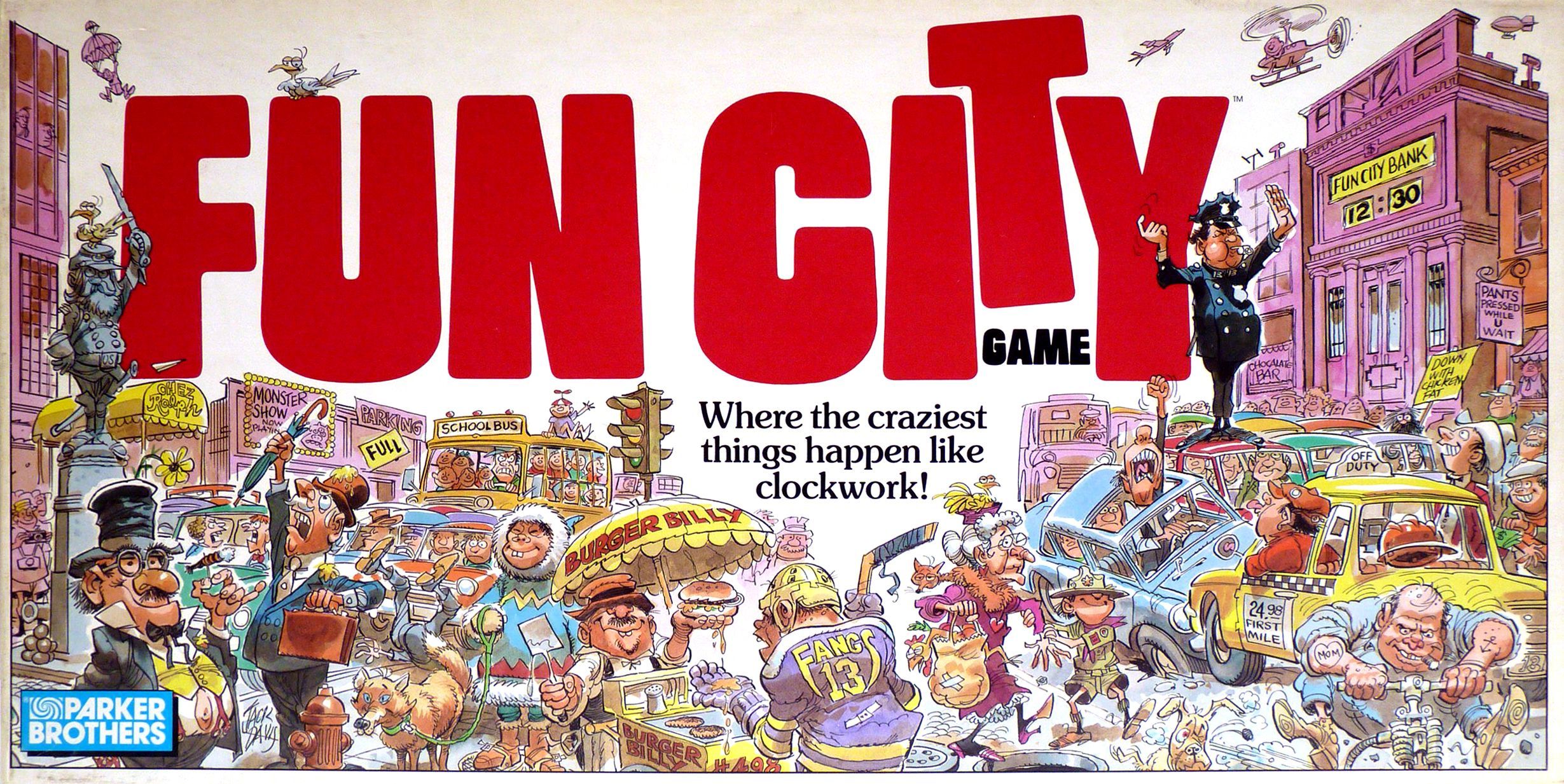 Players compete to race all over the board to locations like the Bowl-A-Gnome and the Super Duper Market and collect points. Use special movement cards, dice rolls, the bus, taxi, or even shortcuts through stores to get there first and claim your reward! Just make sure that you get there before it closes (as indicated on the super-snazzy 3D bank clock!), or you're out of time, and out of luck! Each player has a hand of 3 Crazy Cards to modify their movement and combines them with their dice roll to move along any number of paths through the city streets, in an effort to reach one of the 4 Fun City Cards active at any one point in time. Each turn, the bank clock advances by either 10 or 20 minutes, and occasionally the SLOG (Somebody's Little Old Grandmother) will pop up, allowing the first player who escorts her between the Super Duper Market and the Library to claim any of the Fun City Cards available. Each of the Fun City Cards is only available during a set timeframe, and the smaller the timeframe the more valuable it is. When the clock reaches 5:00, players tally the Fun City Cards they've collected to determine the winner.