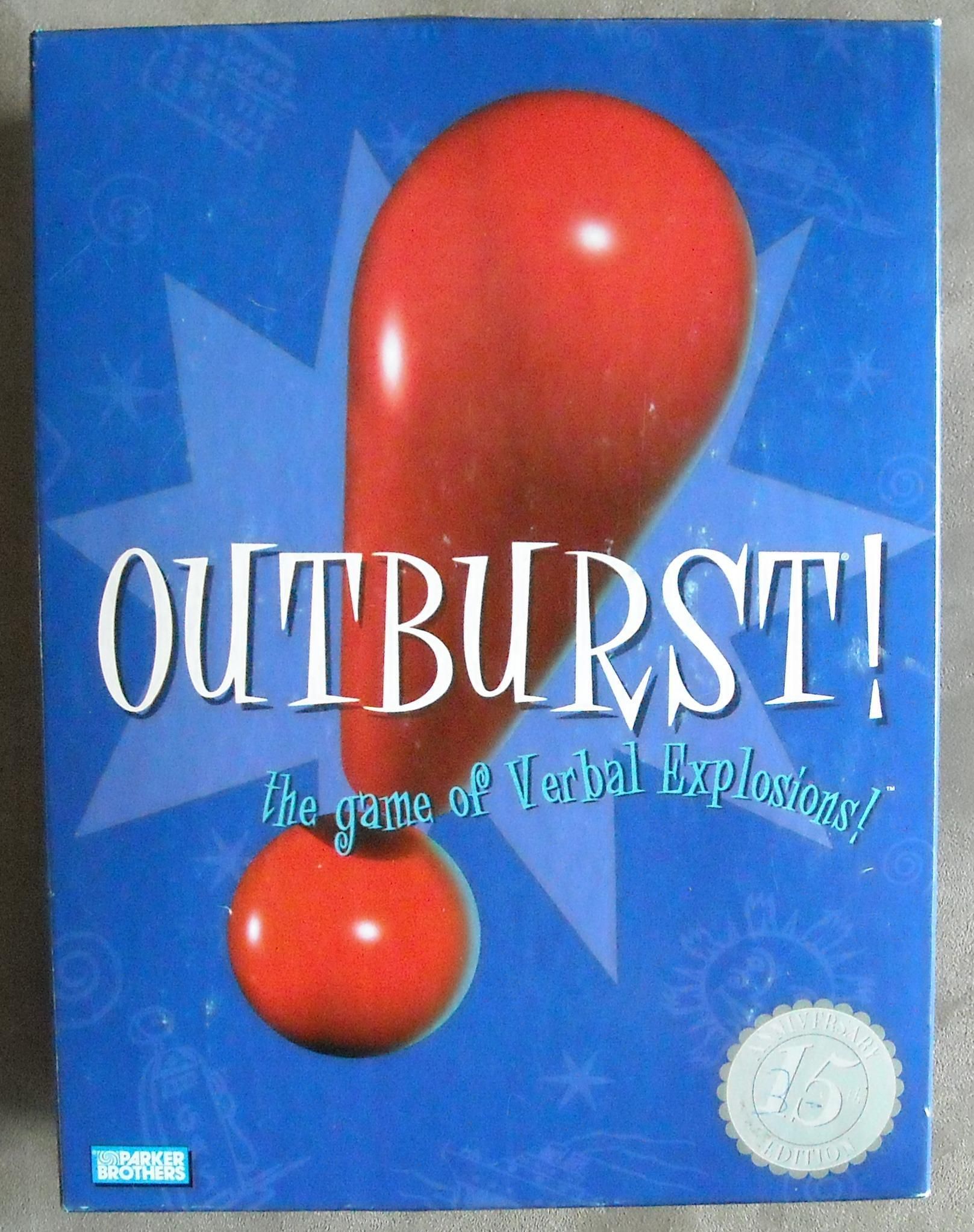 Outburst is a game of lists. Two teams take turns trying to guess as many of the 10 answers to a topic on the cards. Bonus points can be earned by guessing a Target Answer determined by a die roll. The first team to 60 points wins! The game mechanism is very similar to the long time TV game show Family Feud, and itself seems to be the basis for the Canadian game show Talk About, which also spawned its own home game by Pressman. An example would be a Topic Card of "10 Cars Rich People Drive." The team whose turn it was, would have to name the 10 cars on the Topic Card by the time the minute sand timer runs out. The earlier versions of this game have a lot of dated topics. The 2016 version by Parker Brothers is more recent topically.