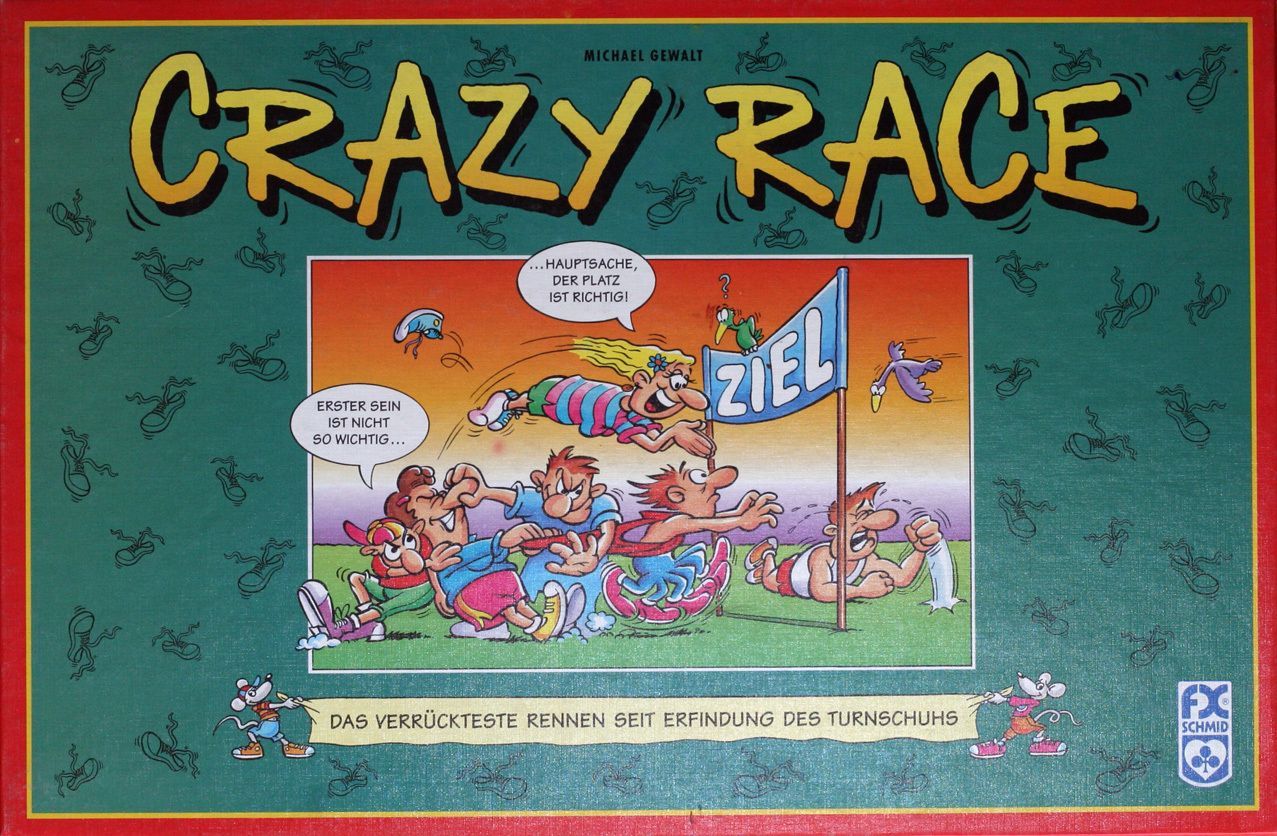 This is not to be confused with the 2001 release of the same name. In this game, your job is to move your racer down a path past three successive stage finish lines. Unknown to other racers, each player has a secret agenda as to where their racer is to finish (e.g. 1st in Stage 1, 3rd in Stage 2, 2nd in Stage 3). If you accomplish your goals, you score points. The board is made up of five straight lanes, each a sequence of rectangular areas, and each rectangular subdivision has four dots of the racer's path (ie, ten consecutive rectangles will require dice-rolls totaling 40 to advance through). Players also have a hand of four cards which conveniently overlay these rectangles and which have differing numbers of dots (from 0 to 8). On a player's turn, he or she may play one of these overlaying cards on the board so as to make any player's path longer or shorter. Then the player rolls the dice and moves his racer. In the "advanced" game, each player also has a hand of four action cards, some of which can be played on others and some of which can only be played on oneself. These actions alter player's options (e.g. "play no cards," "move 10 spaces rather than rolling", etc).