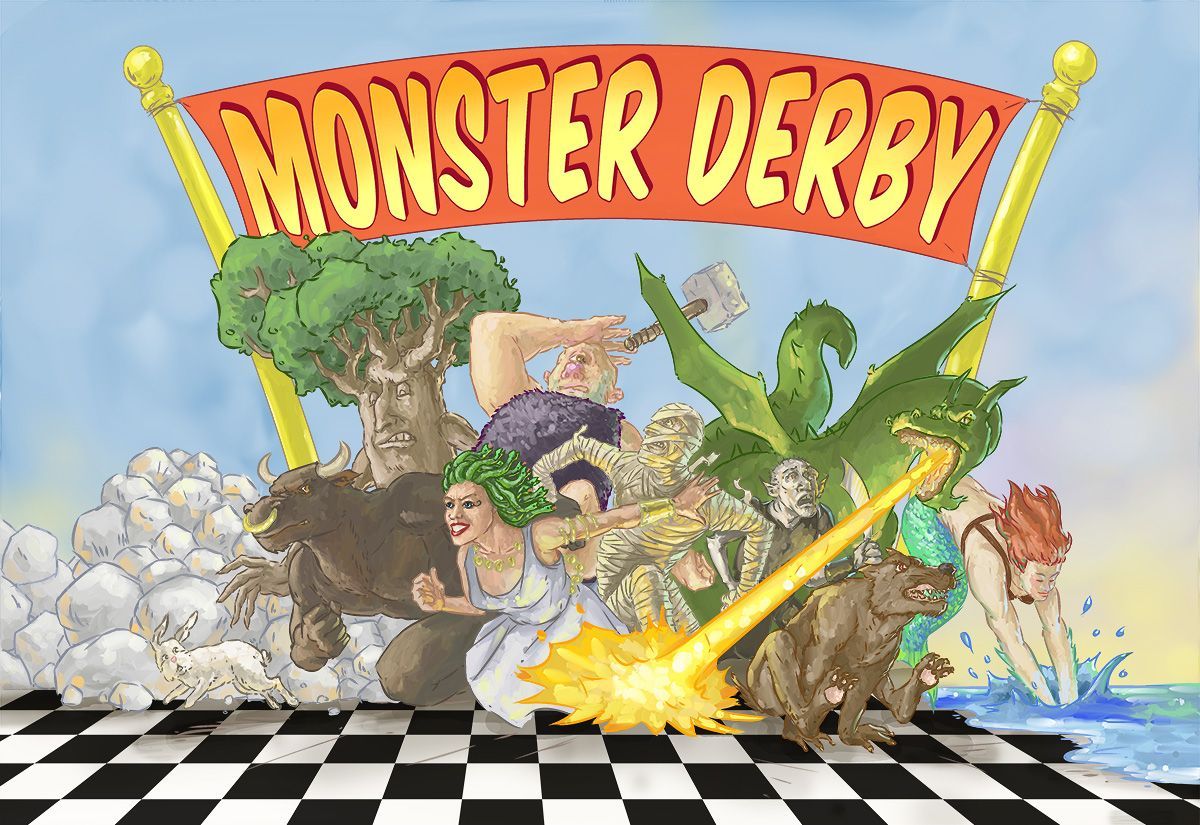 A race game between eight fantasy monsters selected at random from a deck of 25 (e.g., medusa, cyclops, vampire, zombie, centaur, dragon, griffin, djinni). Players get secret agendas, listing the order they want the monsters to finish according to colored mover bases for the cards. On each player's turn, they move a monster toward the finish line. All monsters move forward a die roll but if you are moving a monster that doesn't score high for you, you can waste its movement by zig-zagging or wandering into non-native terrain. Each monster must move once per round, so even those that no one likes will get moved (and present bluffing opportunities for clever players). A monster can attack once per move -- a great way to slow down a monster you don't like is to beat it unconscious. Each monster is rated for the number of custom attack dice (marked with just 0s and 1s) they throw to find damage. Monsters also have special powers, some active all the time and others that only kick in when a custom "wacky die" shows sword or shield icons. The game includes reversible mapboards with different terrain patterns (brush, rock, water, etc.) to create a wide variety of maps. Monsters move into their native terrains as if they were blank squares and get a defensive bonus as well. Some monsters can fly, ignoring terrain except where they land. The race ends when three monsters have crossed the finish line. Everybody counts up the points listed on their secret agendas for those three monsters. Example: the dragon, doppleganger, and hare finish in that order. My agenda says dragon 8, doppleganger 5, and hare 3 so I score 16 points; the monsters I had listed for positions 7, 6, 4, 2 and 1 didn't finish. Note that this description is for the 2014 edition of the game. The original used regular dice, counters rather than cards, scored all eight finishers and had players set their own agendas (both of which stretched out the game considerably).