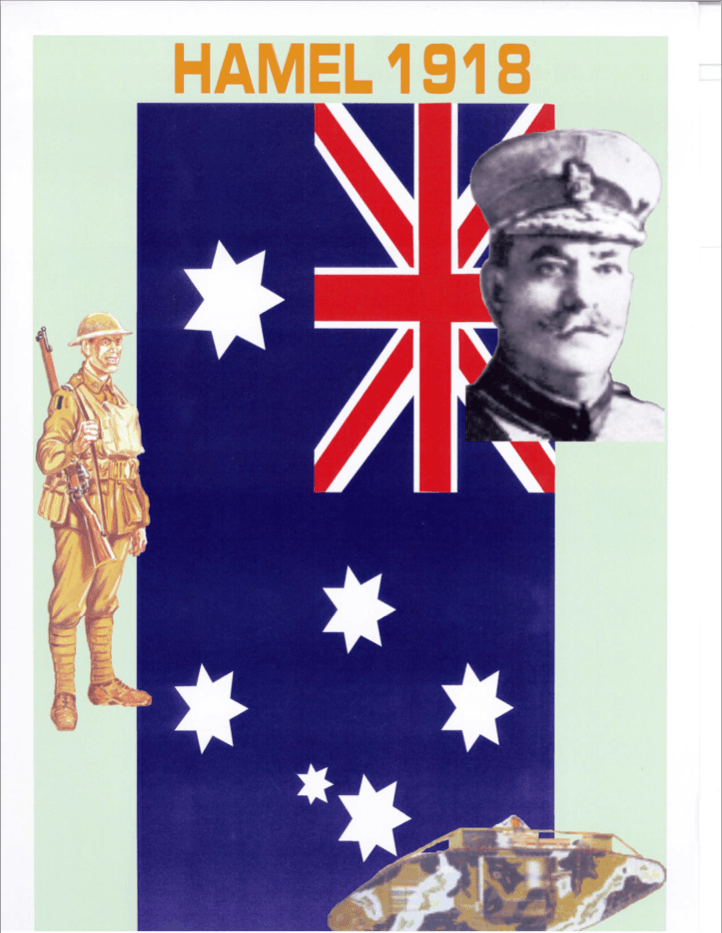 This is a 2 player game on the Battle of Hamel (Monash's Masterpiece) which occurred on the 4th July 1918 and was the shortest successful battle of the First World War. It involved Australian forces employing an integrated combined arms attack planned by Australian General Monash against the Germans. It also marks the first offensive combat operation of US forces on the Western Front. Four American companies were spread out amongst the Australian Battalions in platoon lots. This attack set the stage for much larger battles notably Amiens. COMPONENTS 11x17 inch map representing the the area around the French town of Hamel. 220 single sided counters on a sticker sheet shows the forces controlled by each player and markers. One rulebook Now available in Print-n-Play