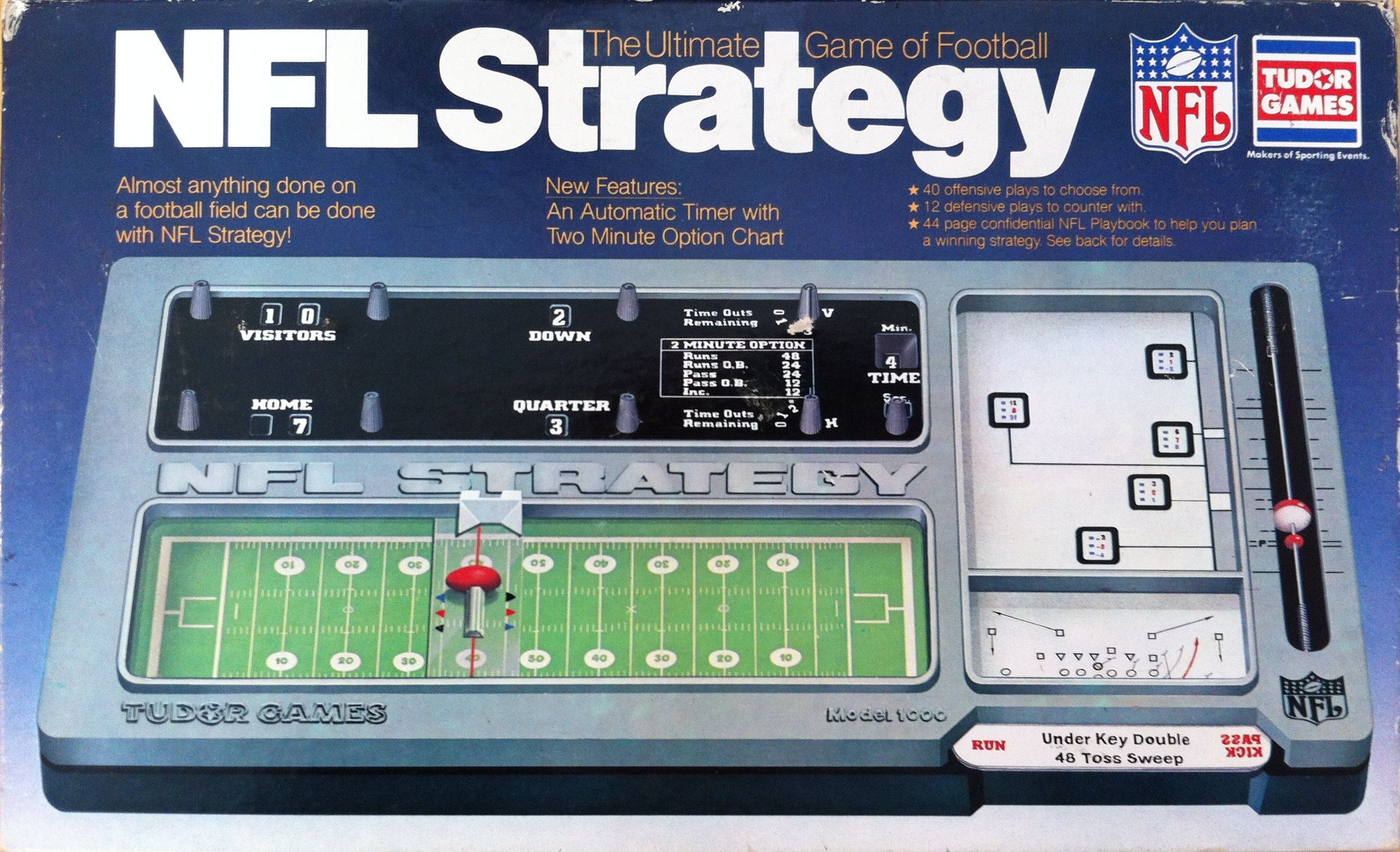 NFL Strategy is a football game based on plays and the ability to execute them rather than on team statistics. The number of offensive plays and defensive plays varies with each edition and one special teams card are included. Each player secretly chooses his play. The defensive play (which has clear "windows" on it)is played on top of the offensive play to reveal five possible outcomes of the play. To find the result you roll two six sided dice and add them together. The dice roll determines which "window" the players look at and this is the result of the play. The result also takes into account whether the ball is on the left hash mark, the right hash mark or in the center of the field. Earlier versions of this game used a spring loaded bead that you flipped to determine which "window" to look at.