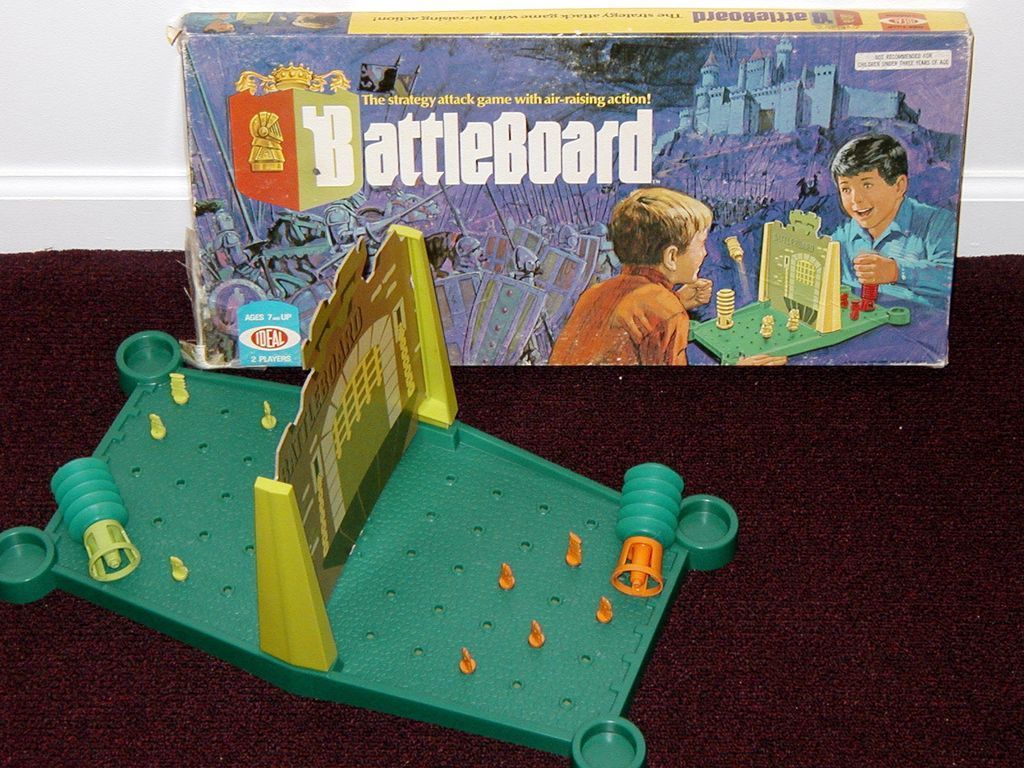 "The strategy attack game with air-raising action!" Each player has four knight pieces and one king piece. At the beginning of the game they are placed in the row furthest from the dividing wall. Players take turns moving one of their pieces one space (orthogonally). They then get to use their "air catapult" to try to pop out one of their opponent's pieces. This is done by placing their plunger in one of the vacant spaces on their side of the board and then banging it. If their opponent has a piece in that corresponding space, it will pop up into the air. Pieces captured in this way remain out of the game until that player moves his king up to the dividing wall, at which point he can claim a captured knight piece back (but also tips off his opponent that his king is in the front row). The first player to move two pieces into the front row (next to the dividing wall) wins the game.