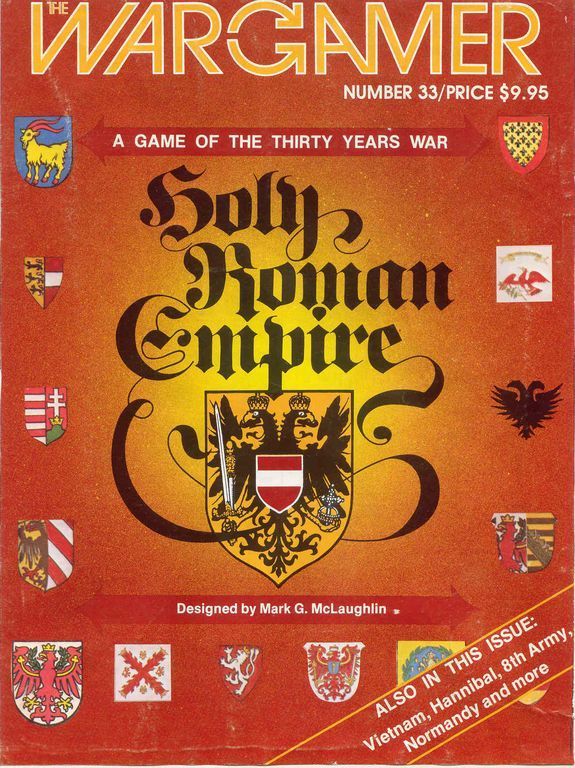 (user's description:) A political and military game of the Thirty years war (1618-1648) that plunged Germany and Europe into one of this longest and most destructive wars. Up to six players control the major powers of the era, fielding armies, building navies and engaging in diplomatic intrigue, bribery and treachery that will decide who will wear the crown of the Holy Roman Empire and control Germany. Powers represented are Austria, Palatinat, Bavaria, Sweden, Spain and France. Game Components: One 17 x 22 area map of central Europe, 260 counters, Two Cards Sheets each of 36 state cards, Rule book.