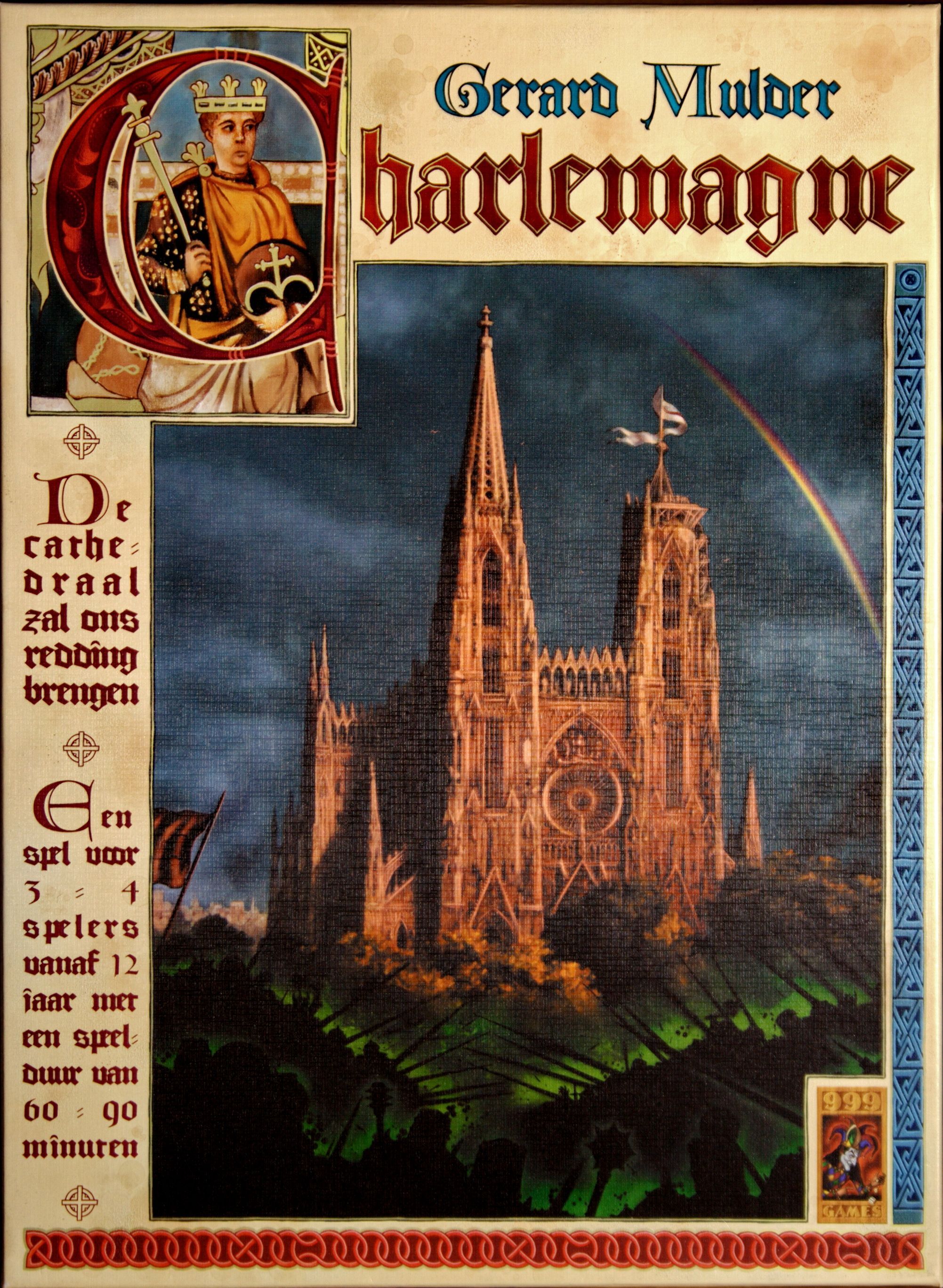 Taking on the roles of land-owners in a feudal society, players are charged with running their lands and accruing favor from the bishop by building his cathedral. Each turn, players use their resources to bid for that year's agenda, and some resources have more or less value in the bid depending on what type of agenda is available. Then players use their remaining resources to build their lands, sack others' lands, bribe others' knights away from defense, or help to build the bishop's cathedral. Finally, players harvest new resources for the next turn. After all the pieces of the cathedral have been built, the game is over with the victory going to the player with the most victory points. This game was originally released as Charlemagne by Think Games at Essen 1998, and later slightly shortened as Krieg und Frieden. Re-implements: Charlemagne