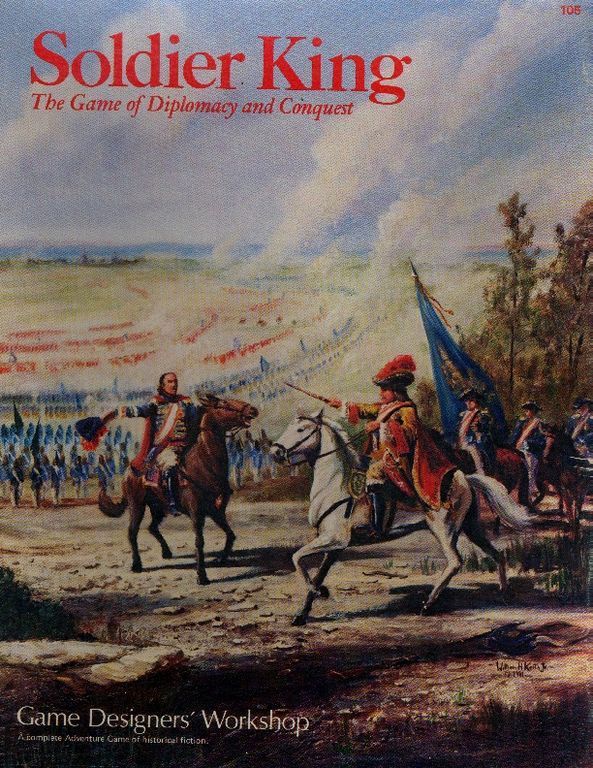 "Soldier King is a game for two to four players covering the war of succession in a leaderless empire. Each player controls one army and must struggle through diplomacy and conquest to capture a majority of the Imperial electoral cities, thus assuring his election as Emperor." "Movement of armies is from point to point along roads and waterways, thus emphasizing the key role played by lines of communications in the 1700's, the age of the soldier kings. Each turn covers one season of campaigning, and each unit presents 10,000-20,000 troops. Infantry, light cavalry and heavy cavalry units perform their own key rols in battle, and a system of promoting units after battles allows for a gradual improvement of armies from green levies to battle-hardened guards" (from box back) Containing: two 17x22 maps, 320 die cut counters, rules & 2 dice