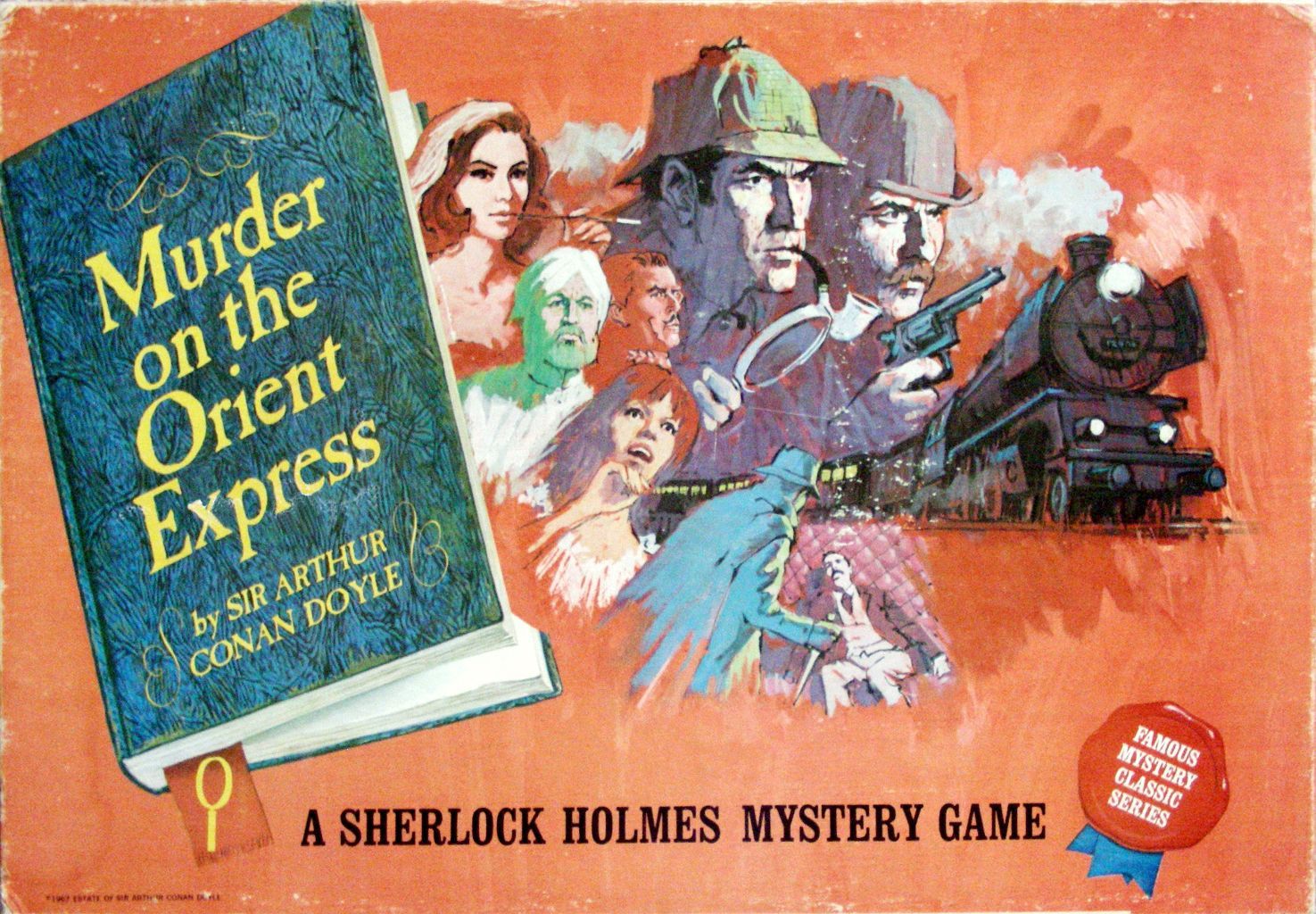 This game takes place on the famous Orient Express. There are 12 spies on the train as well as the detectives Sherlock Holmes and Doctor Watson. The players take turns moving the detectives and the spies around the train and keeping track of their movements. Every 8 turns (8 hours in the game) they check their notes and determine which spies have been killed. A spy is killed if it is ever a) alone in a compartment or corridor square for 1 or more hours, b) a second spy enters the compartment or corridor square and c) the spy is never in the same compartment or square as one of the detectives afterwards. Since the status of a spy is not determined until turn 8 (or 16 or 24) it is possible to move a spy, which is already "dead". This spy cannot kill other spies even if it fulfills the conditions above. Since the status of a spy depends entirely on their movement it is important for the players to keep careful notes and to be able to defend their logic to the other players.