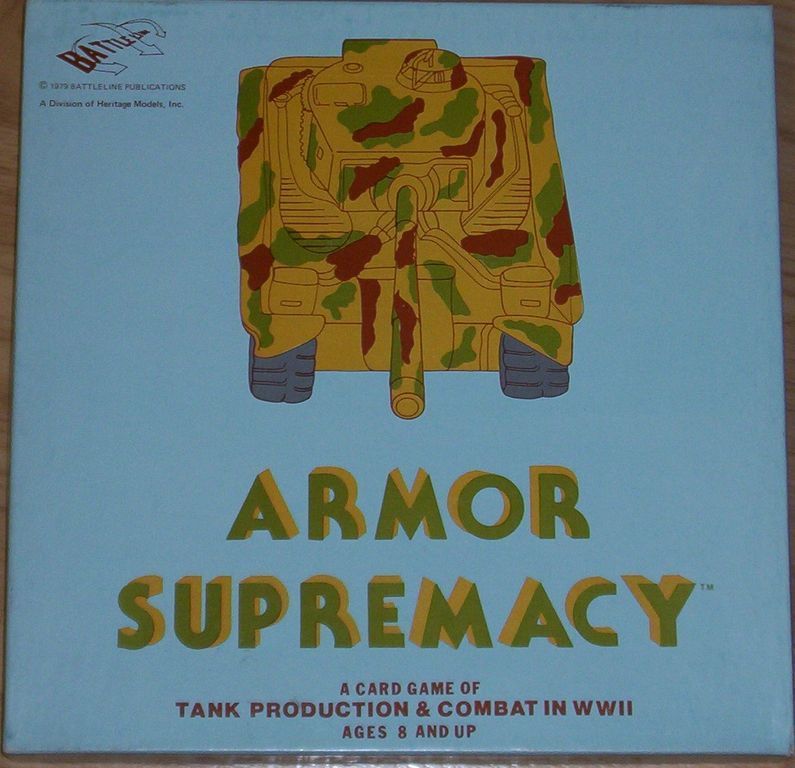 Armor Supremacy is a card game of strategy, skill and luck that is based loosely on the Second World War, a 1979 game by BattleLine Publications. Each player tries to build tanks, which will out-fight the tanks of their opponents. Each player must build mark 1 tank before completing a mark 2 tank and finally a mark 3 tank. Cards include 3 types each of Hulls and Turrets; 8 types of guns, Dual Purpose cards which reduce damage from anti-tank guns; 2 types of armor, Anti-tank carriages, Sponsons that let 2 guns be mounted on one tank hull; and modification cards that let you improve one of your older tanks as you get better parts. Similar in game mechanics to Rummy in many ways.