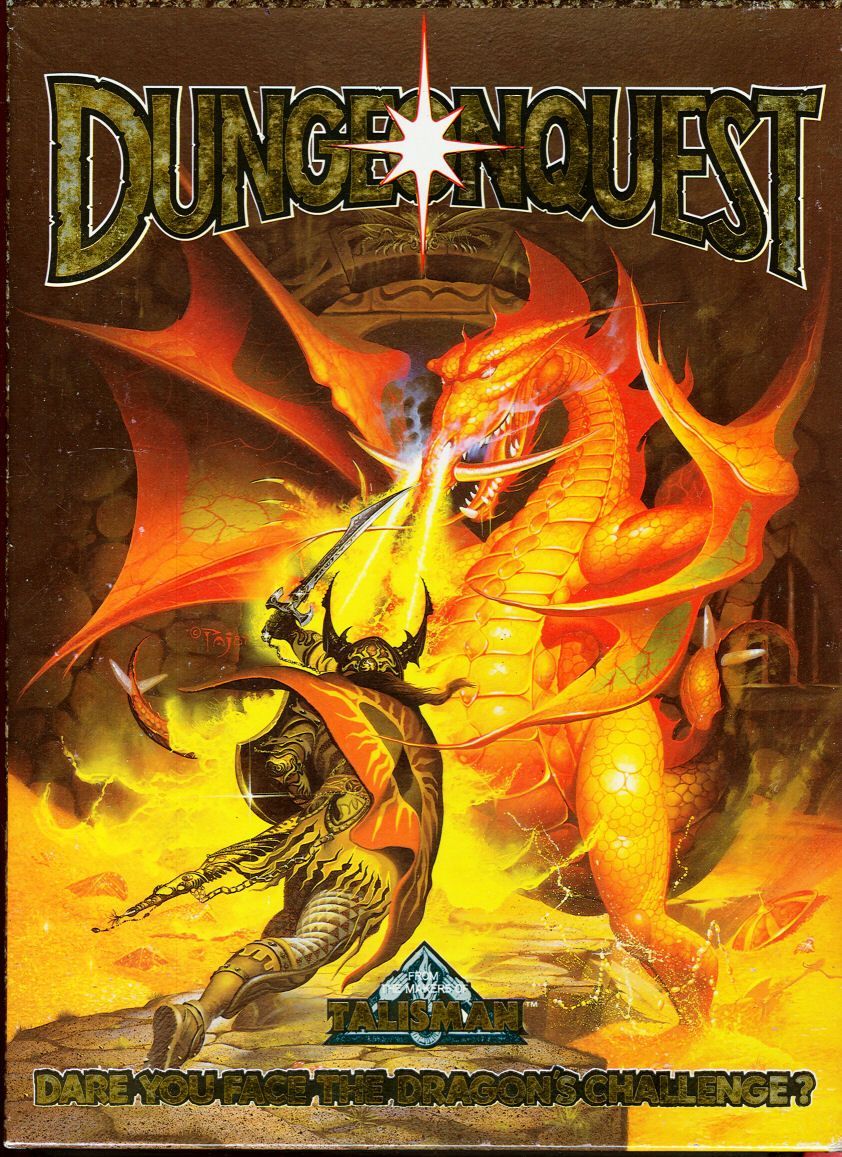 Players explore the ruins of Castle Dragonfire trying to reach the treasure chamber in the center of the dungeon and escape alive with as much treasure as possible. A limited number of turns before the game ends puts pressure on players to take risks and score rewards because anyone left in the dungeon when time runs out dies! A tile-laying system creates the maze-like dungeon and ensures that no two games are ever exactly the same. Originally published as Drakborgen (Dragon's Keep) in 1985 by Alga, a subsidiary of BRIO AB. Sold in Norway (Skatten i borgen) and Denmark (Drageborgen). Licenced to Germany (Schmidt Spiele) as Drachenhort, to Great Britain (Games Workshop) as DungeonQuest. A 2nd edition named Drakborgen Legenden was released in 2002 (never released outside Sweden). The game was re-licensed to FFG in 2010, who released the 3rd edition the same year. See the family entry for more information. Expanded by: Drakborgen II (the Swedish expansion that upon Games Workshop's British release was split into the two below:) Heroes for Dungeonquest Dungeonquest: Catacombs Re-implemented by: Drakborgen Legenden DungeonQuest (third edition) DungeonQuest Revised Edition