An Evening of Murder: Resort to Murder - Universal Statistics 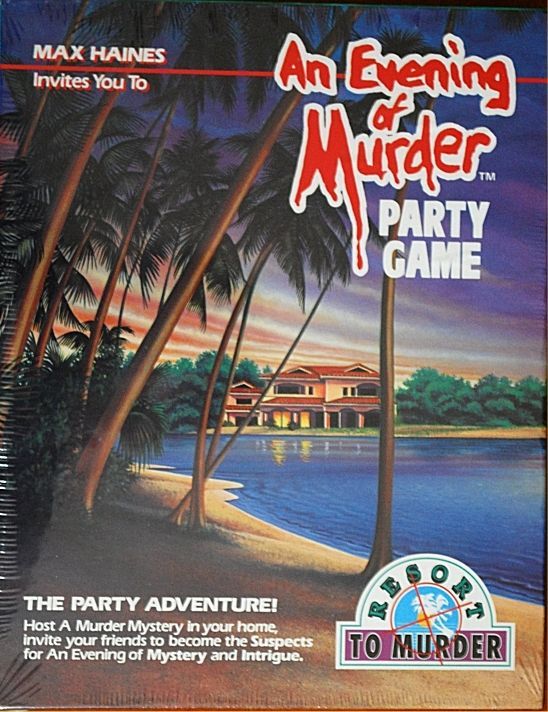 One in the series of "Max Haines Invites You To An Evening of Murder (tm)" party games. Plays like the popular "How to Host a Murder" series. This particular edition is "Resort to Murder." From the box... Crime Scene: The tranquil Caribbean beauty of the Flamingo Island resort was shattered when Sid Tanner was shot dead in his beach cottage. Everyone assumed that Tina Elston, his beautiful fiancee, pulled the trigger, until guests discovered her lifeless body. She had been killed by a rattlesnake bite while attempting to prove her innocence, the second victim of murder. The Suspects: Bernie Smith: A millionaire who built his burger empire from scratch... What could he have to 'beef' about? Karyn Roberts: A gorgeous movie star and true humanitarian... or is it all just an act? "Rattler" McPayne: A professional wrestler with a passion for deadly snakes. What would it take to make him lose control? Roxy St. Ives: Did she dream of being an investigative journalist badly enough to make her own headline? Jacob Holloway: An undertaker with a permanent look of gloom. Was he digging his own grave? Terri Masters: A woman who lives life her way. No pressures, no reason to kill.. or was there? The Great Trosini (GT): A famous illusionist... could he make his troubles disappear? Emma Jean: A bag lady whose total belongings fit into a cart, but her secrets could fill an ocean.