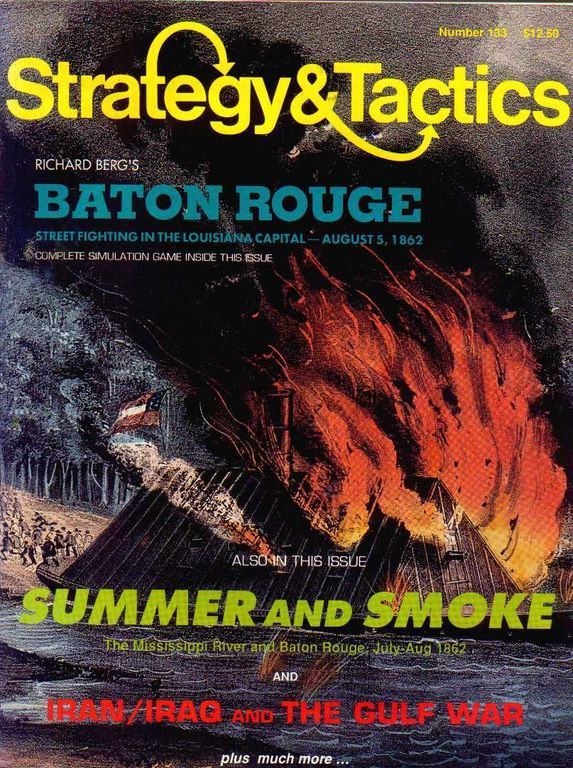 Baton Rouge is part of the Great Battles of the American Civil War series (GBACW). This series is an offshoot of the Terrible Swift Sword (TSS) system. The game simulates the Confederate attempt to retake the Louisiana capital in August, 1862. A unique aspect of this battle was the support of the Confederate ironclad Arkansas, which leads to a simulation of naval support of street fighting. Game-turns represent about three quarters of an hour of real time. The map scale is 110 per hex, and each Strength Point is the equivalent of 25 men or 1 artillery/naval gun. 1 22" x 17” mapsheet, 1 countersheet of 100 counters. This game was included in Strategy & Tactics magazine #133.