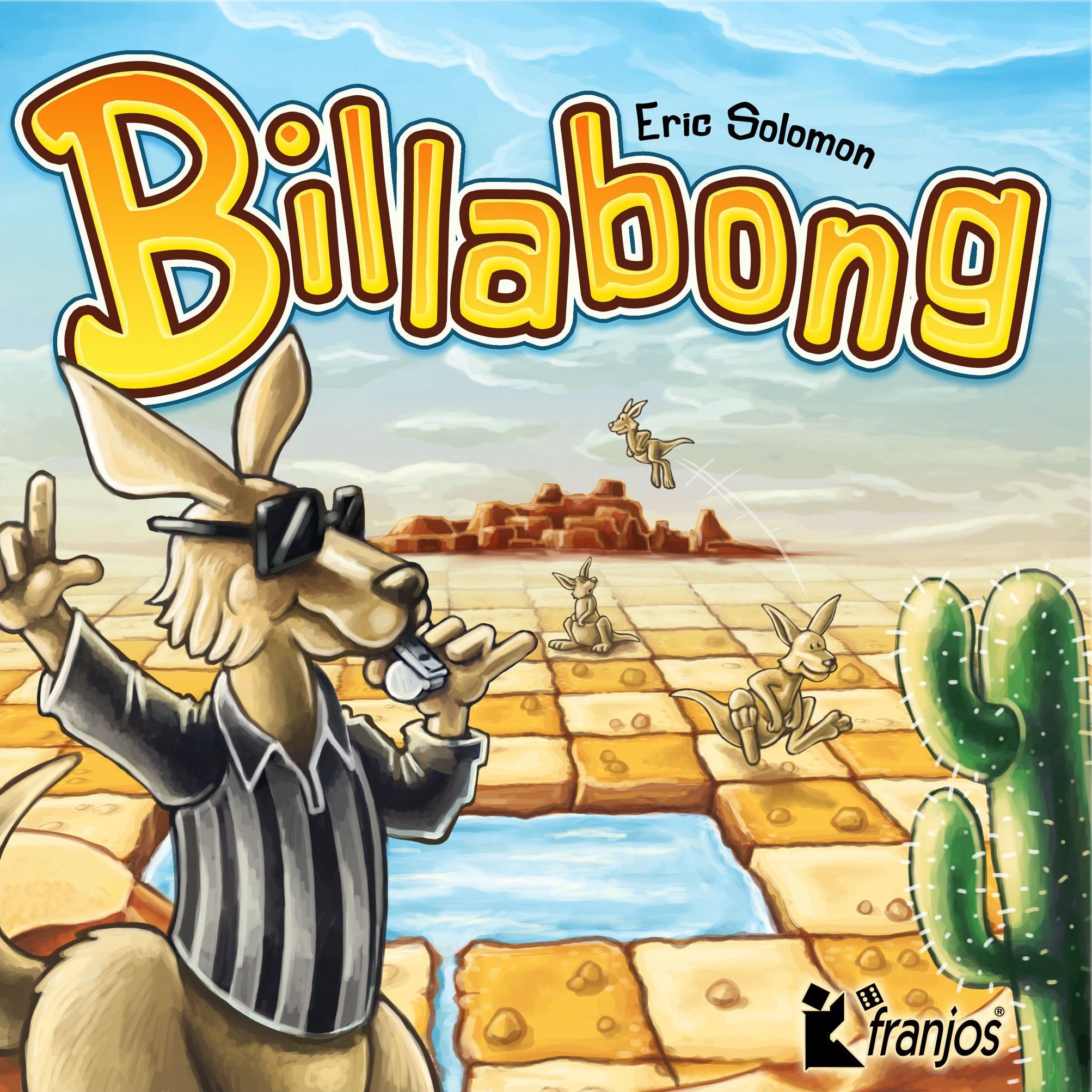 In this geometrical racing game players maneuver teams of kangaroos jumping around a Billabong ("a dead-end channel extending from the stream of a river," a term used in Australia). The board is made up of checkerboard-style squares around the billabong in the middle. On your turn you move one of your five kangaroos, usually moving it in a jump or series of jumps over the other kangaroos. Jumps can be long; if the kangaroo to be jumped over is five spaces away, for example, the landing space will be five spaces beyond. The other option, to move a kangaroo just one space, is usually used as a positioning tactic for a subsequent move. The first player to get all five kangaroos around the billabong and over the finish line wins.