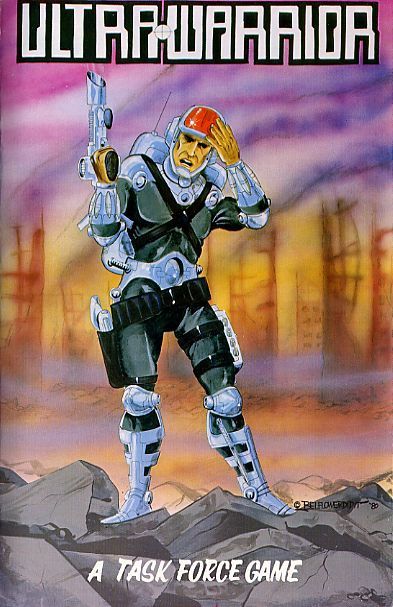 From the back of the cover: Ultra-Warrior is a science fiction game in which two or more players control heavily armed Ultra-Warriors in battles for control of entire planets. A unique, variable map allows players to alter terrain for different scenarios or in the middle of a battle due to the effects of Heat Blasts, Frost Bolts, and other weapons. Ultra-Warrior includes eight scenarios and a campaign game in which players follow the exploits of the most famous Ultra-Warrior of all time. This is Task Force Game #1017, and was one of their pocket games.