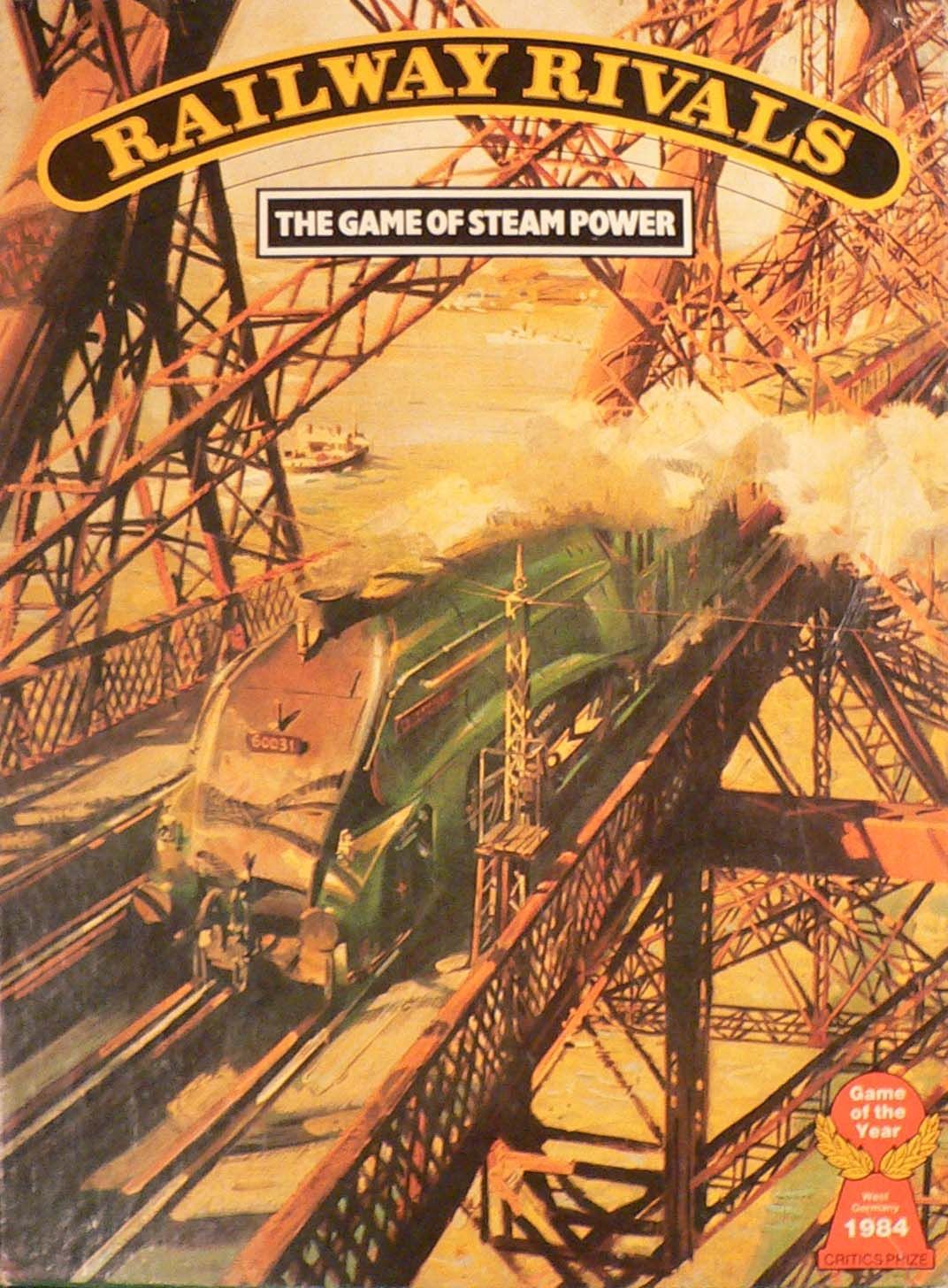 This is a classic simple railway racing game, perhaps the first modern railroading game, where you draw the railway lines on hex-board. This one uses the sort of colored marker pens you can wipe off with a damp cloth after the game. The game goes through phases; initially you draw tracks and earn money for linking cities. When a number of cities are joined, you start racing, the cities being chosen randomly. The races are simple dice-rollers and the 1st & 2nd place get prize money. After a couple of races, you draw some more tracks, then race some more and so on. The railways cost more if you go over mountains etc, but this gives you shorter routes. You can run parallel to other lines at a cost, or simply link into another player's track and rent the tracks of other players when you race. The board has a UK map on one side and a US map on the other, both giving amusing challenges, and the game has good repeat value. The designer David Watts has published a lot of stand alone Railway Rivals maps, and there is another edition of this game, Dampfross published by Laurin. Re-implemented by: Dampfross