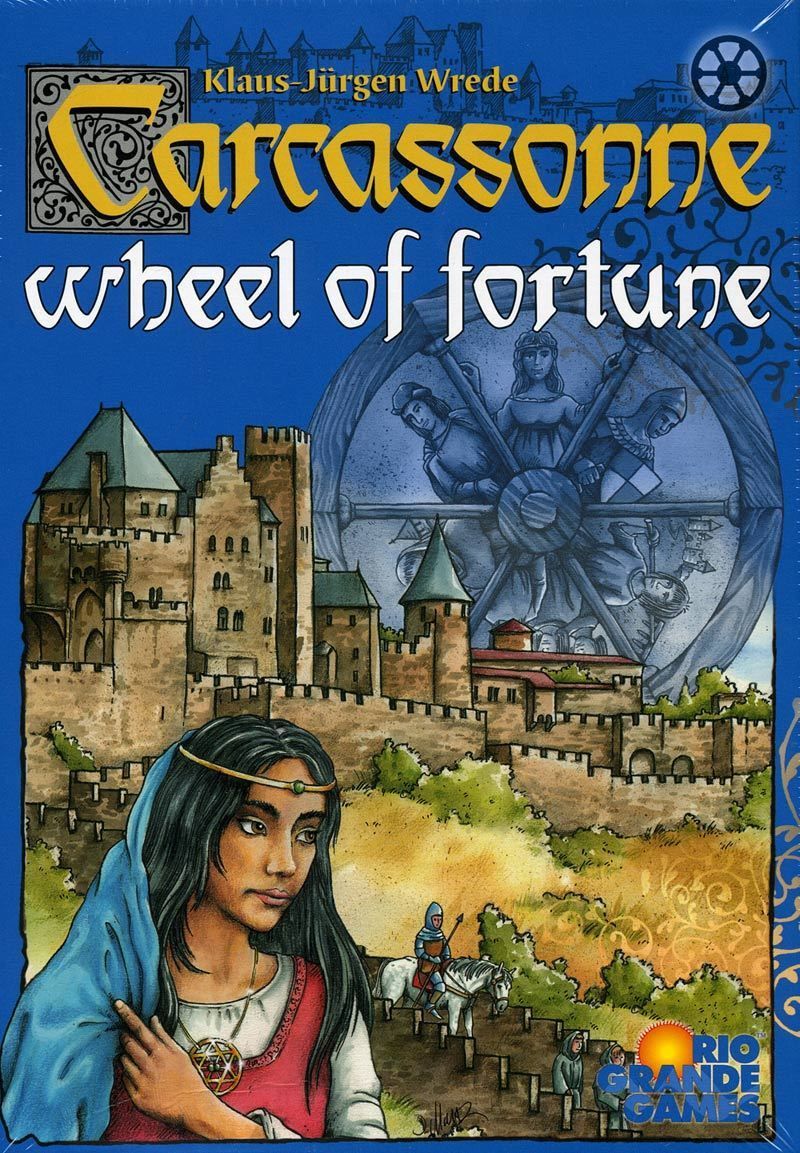 Carcassonne: Das Schicksalsrad (English: Wheel of Fortune) is both a full replacement for the base game of Carcassonne and an expansion to the original base game. It includes 72 tiles, consisting of 63 tiles released in the original base game, 6 from Inns & Cathedrals, 1 from Traders & Builders and 2 from King & Scout. It also includes a special replacement start tile which depicts the Wheel of Fortune, a new mechanic unique to this edition of the game. The new start tile is the size of 16 tiles, arranged in a 4×4 square and is built using some of the tiles removed from the base game. Nineteen tiles from the game have numbers printed on them allowing players to randomly spin the Wheel of Fate (between 1 and 3 spaces around the wheel). Otherwise, a player may choose to place a follower on the wheel if they decline placing a follower that turn. The results of the Wheel vary depending on which of the sixths of the wheel the pig lands on. Results vary from forcing all players to remove a follower from the board to rewarding the player who moves the pig with three bonus points. There are six outcomes in all. Play of this game does not require ownership of any Carcassonne base game. All expansions are compatible with this game. This game can also be played with the base game as an expansion, using its wagon wheel watermark to differentiate it from the base game. The German edition of this game includes a book Carcassonne - Das Schicksalsrad by Helene Luise Köppel. The English edition of the game was released in October 2009 by Rio Grande Games. Part of the Carcassonne series.