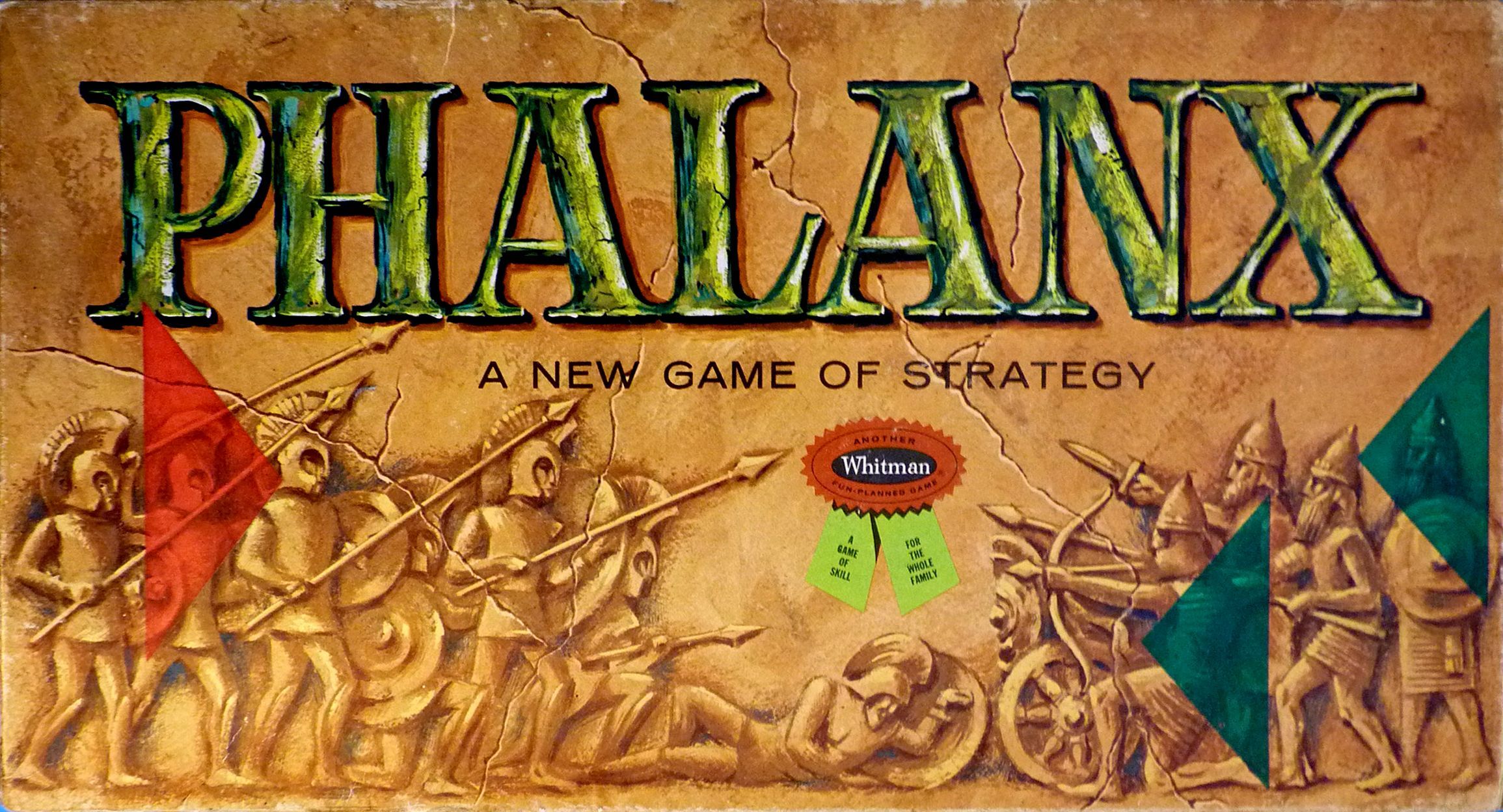 This chess-like variant is themed around the military formations used by the Ancient Greeks. Each player has 15 identical pieces that are set up on opposite sides of the board, which is comprised of an 8 x 8 playing field of squares that is further divided diagonally in alternate fashion (see picture). Pieces are comprised of: 8 small triangles of various orientation (Auxiliaries), 4 squares (Archers), which are the size of two Auxiliaries, 2 Hoplites (which are the size of an Archer with a Auxiliary on top), and 1 Syntagma, a larger triangle (the size of 2 Auxiliaries combined). Since each piece must always be oriented to face it's owner (diagram for set-up is printed on the board), you'll find that some pieces are not interchangeable with others of the same type (like Hoplites and Auxiliaries). This is important as all movement is done by moving pieces diagonally, horizontally or vertically along paths that are not blocked and the piece must end on a space where the board outline matches his piece. The object of the game is to capture or "Phalanx" your opponents pieces - not by jumping (Checkers) or by taking it's place on the board (Chess), but by surrounding it on two of it's sides with your pieces. A multiple Phalanx attack is possible if a move surrounds several of his opponents pieces with a single move. When 14 of a players 15 pieces are captured, that player can no longer win and is eliminated. Tied or games that are a draw (you can play to a time limit as well) are determined by the value of each players remaining pieces, which are from 5 - 20 points each.