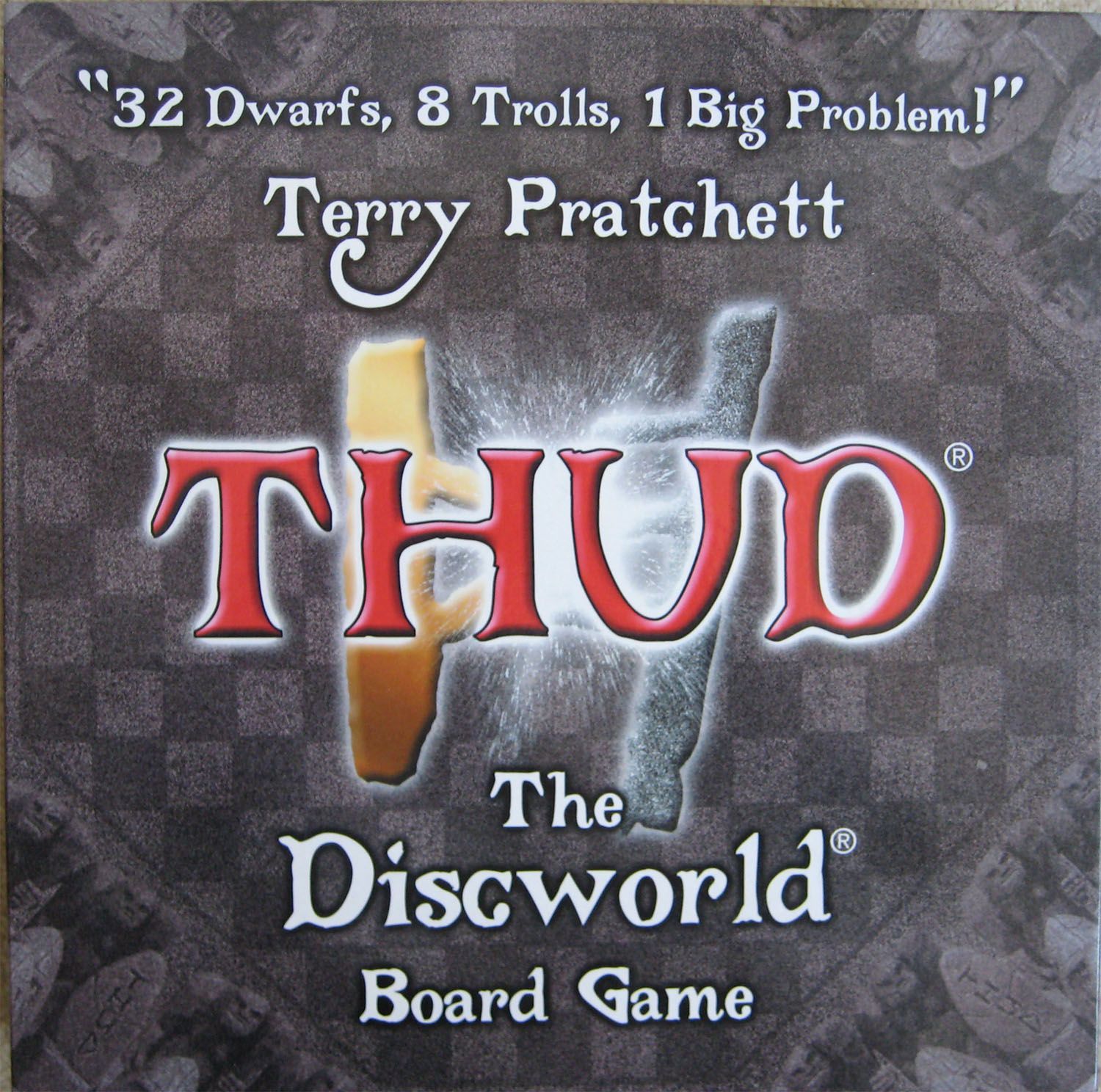 Thud! is an abstract game based on Terry Pratchett's DISCWORLD saga, more specifically on the epic Battle of Koom Valley between the Dwarfs and the Trolls. The players play on a 165 octagonal shaped board as either the Dwarfs or the Trolls. The 8 Trolls start the game in the middle of the board as they have been ambushed by 32 Dwarves (surrounding them at the outer edge of the board). Trolls and Dwarves have different ways of moving and capturing. Each battle is ended by mutual agreement and then scored. When the first battle is over, the players switch sides. The combined scores from both battles determines the winner. Thud! is similar to Hnefatafl but is not actually a member of the tafl family (See http://boardgamegeek.com/boardgamefamily/4049/tafl) because the manner of capture has been modernized and the game involves no king piece. Online Play Real time Thud at Thudgame.com