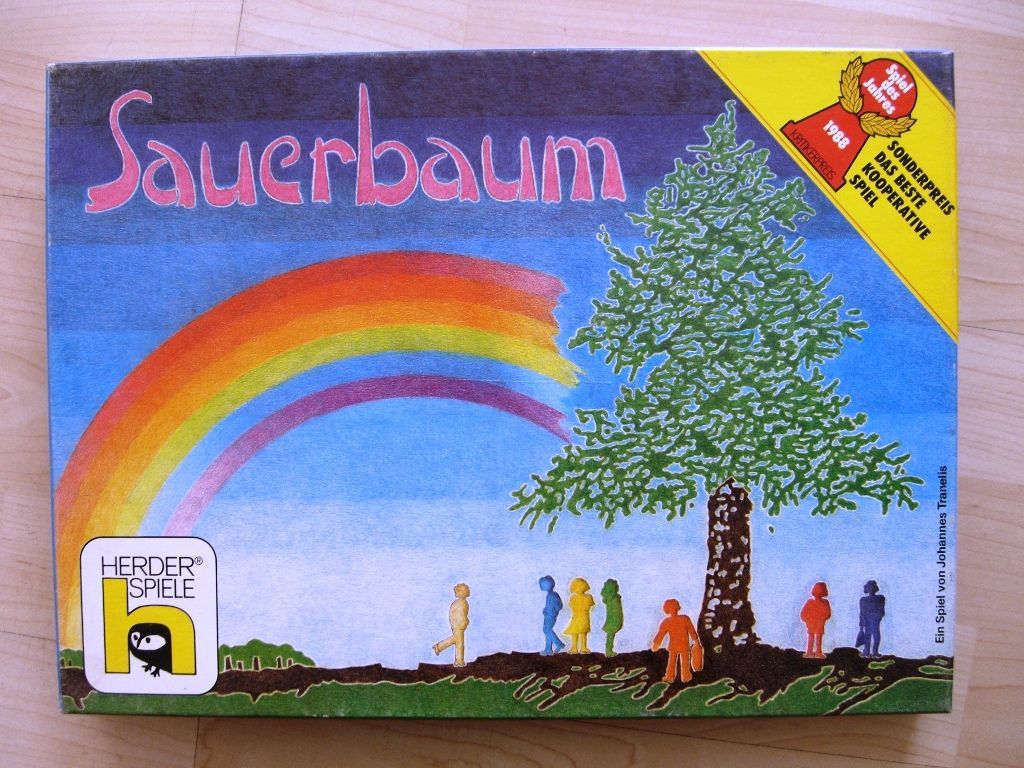 Award-winning cooperative boardgame that was published more than a decade before Knizia's Lord of the Rings, Sauerbaum is a dice-based movement game. The board depicts a tree filled with a square grid of movement spaces, which are gradually filled from the top with tokens representing acid rain. The players' pawns try to move through the remaining open spaces on the tree, ending their movements on a raindrop, "flicking" it off. Thus, it's a race between the accumulating raindrops and the players' collective ability to flick them off with clever movement plays. The rules encourage the players to discuss the options openly for each player's turn, and in fact they'll have their hands full defeating the acid rain together. Doing it alone is practically doomed to failure, and will cripple the other players, too. The level of difficulty is easily adjusted by varying the number of acid raindrops that fall onto the tree.