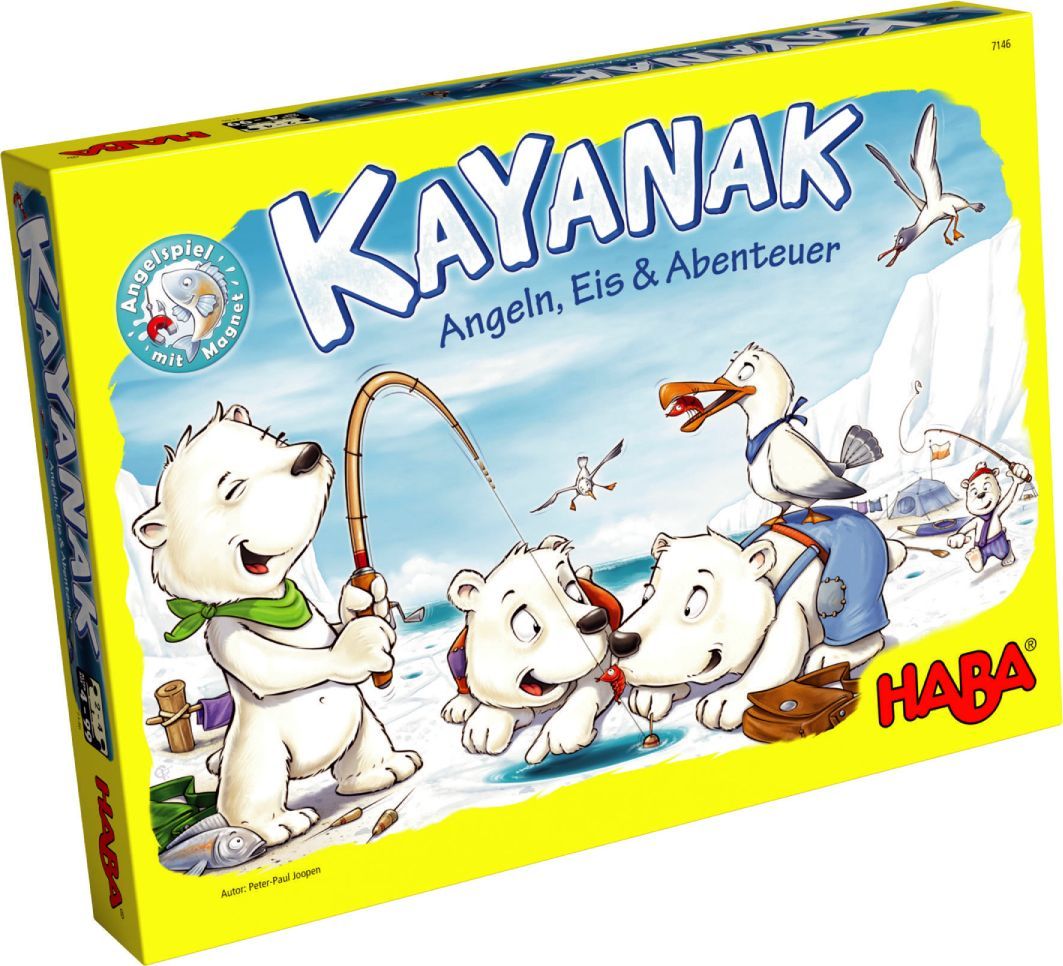 In the freezing frost of the Arctic, the Inuit — or polar bears, depending on which edition of the game you own — dedicate themselves to their favorite occupation: ice fishing. Of course each of them wants to make the biggest catch, but they're discovering that this isn't so easy. Only the one who moves across the ice floes with foresight, breaks open the ice at the right spots, and guides the fishing rod skillfully, will be able to get the desired fish out of the water! In Kayanak, players punch holes through the "ice" (a sheet of paper) to try to catch fish, which are represented by steel balls of various sizes. In the basic game, the first player to catch ten fish wins. For children aged 6 and over, big fish are worth more than small ones, and the fisher with the most points at the end of the game wins.