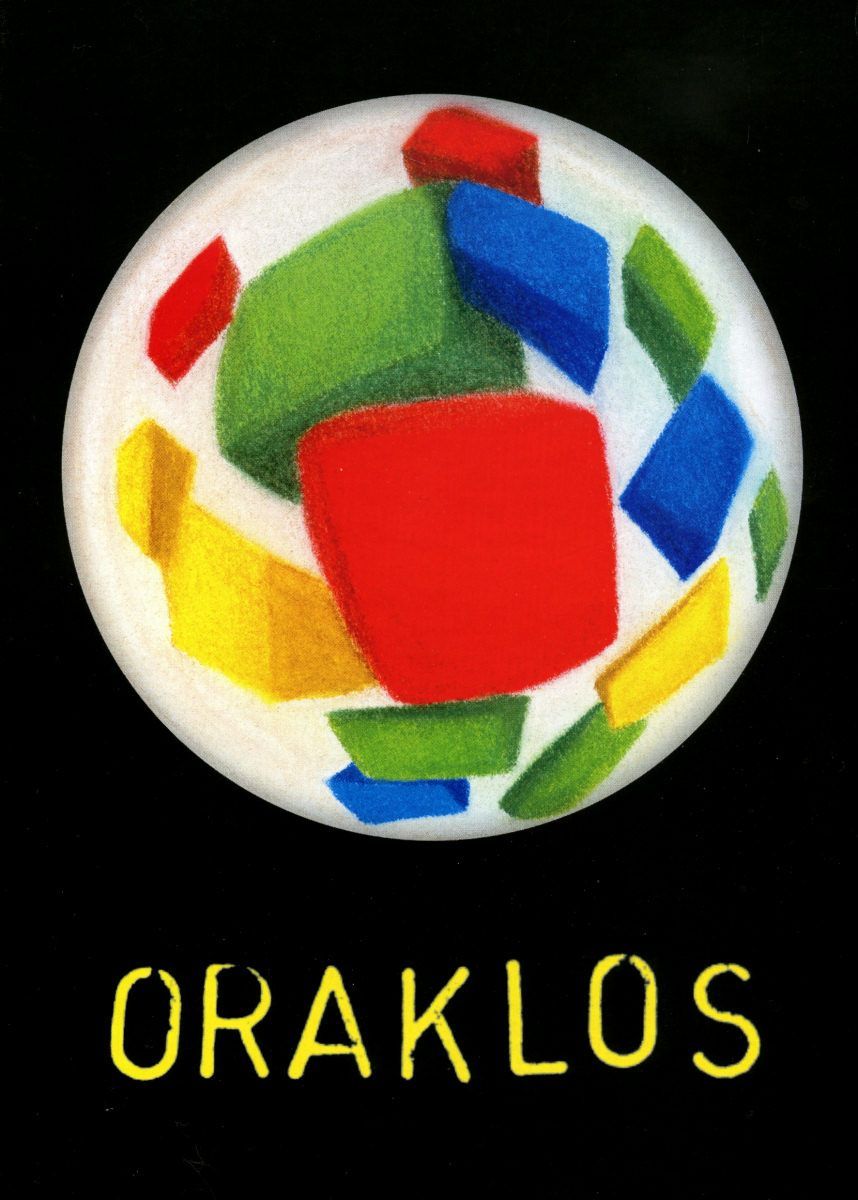 From the Splotter website: Alexander, the Great King, will visit the Oracle! Apollo, God of Clairvoyance, help us! Why is this bad? Well, as high priest of the oracle, it is your craft to tell the future. No issues there. But it will be hard to tell only that part of the future that the King wants to hear. Because if the prediction displeases His Majesty, your own future may not look too bright... In Oraklos, players predict the future by throwing many-colored dice onto the table. By gazing at the resulting pattern, they simultaneously try to find elements of the prediction Alexander wants to hear. The fastest sweet talking soothsayer wins the game. Apart from the standard game, Oraklos contains 2 variants. Oraklos Junior, an easy variant, is suited for children from 6 years onwards and children will often beat the adults! Antipodes is a more difficult game, suitable for players from 10 years onwards. All variants take about 15 minutes. The playing material consists of 70 wish cards, 54 dice, 3 audience tokens, a measuring cord and rules in English, Dutch and German.