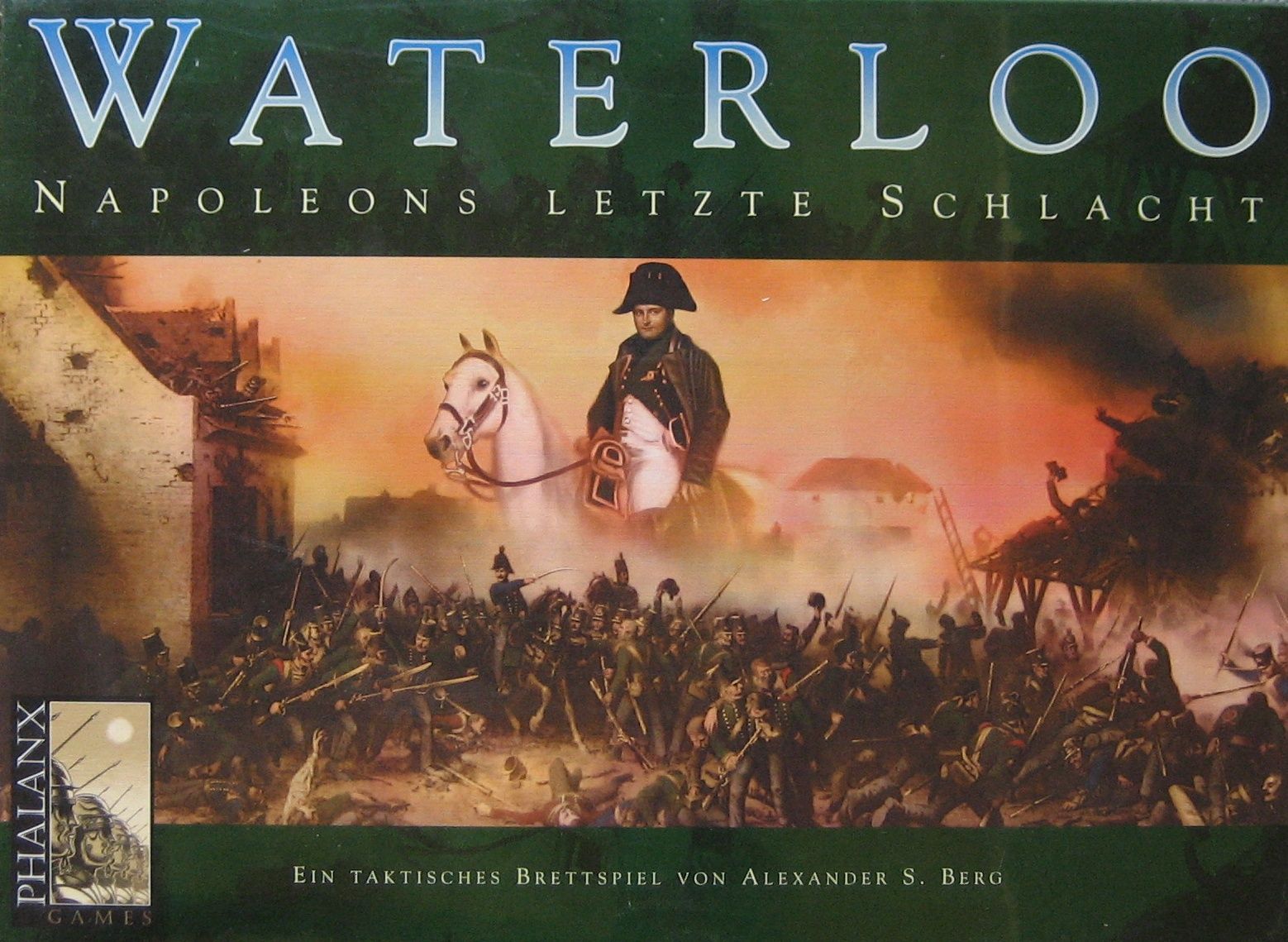 The theme is the battle of Waterloo, with one player controlling the French forces, and the other controlling the Anglo-Dutch-Prussian forces (this side can be played by two players acting in concert). Cards are used to move units, enhance unit strength in combat, or for other special effects (e.g., artillery fire). The game is diceless. This is the second in Phalanx's series of low complexity, historical wargames (the first being the Third Edition of 'A House Divided'). Beautiful components and an emphasis on playability over simulation put this squarely in the category of "wargames that might appeal to a euro-gamer."