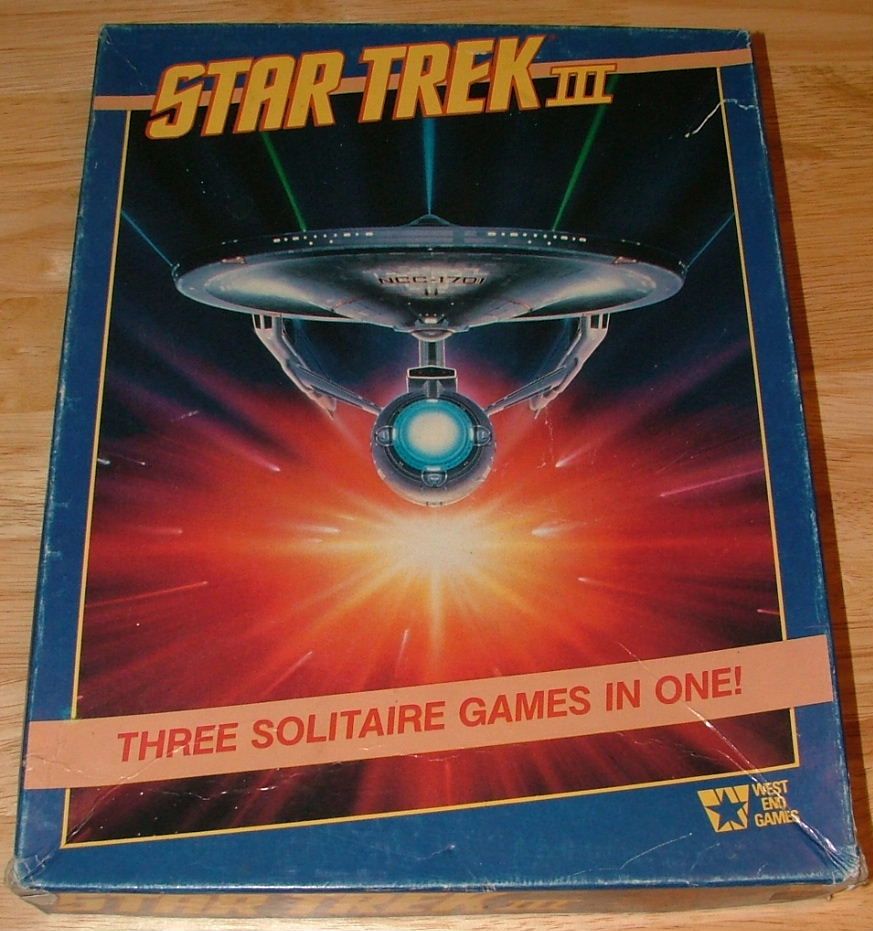 Set of three solitaire games in one box, none of which has very much to do with the movie "Star Trek III." In "The Sherwood Syndrome," the Enterprise crew must stop a renegade Federation sociologist who has set up a "king of the world" on a planet with medieval technology -- but they must do this *without* causing any further major disruptions to the planet's society. So you control them as they become the equivalent of Robin Hood and his merry men. Strange. In "The Kobayashi Maru," you take the infamous final Starfleet Academy test and see how far you can get. You can measure yourself against either the standard version of the test, which can't be beaten, or against Kirk's reprogrammed version of the test, which can. In "Free Enterpri$e," you as the Federation are competing with the Klingons for the allegiance of the Glista, a species obsessed with mercantile trade. You have two weeks to warp back and forth between the Glista worlds and out-trade the Klingons. Playing time is completely arbitrary; it will depend on which variety of which of these games you choose to play and how fast or methodically you choose to play it.