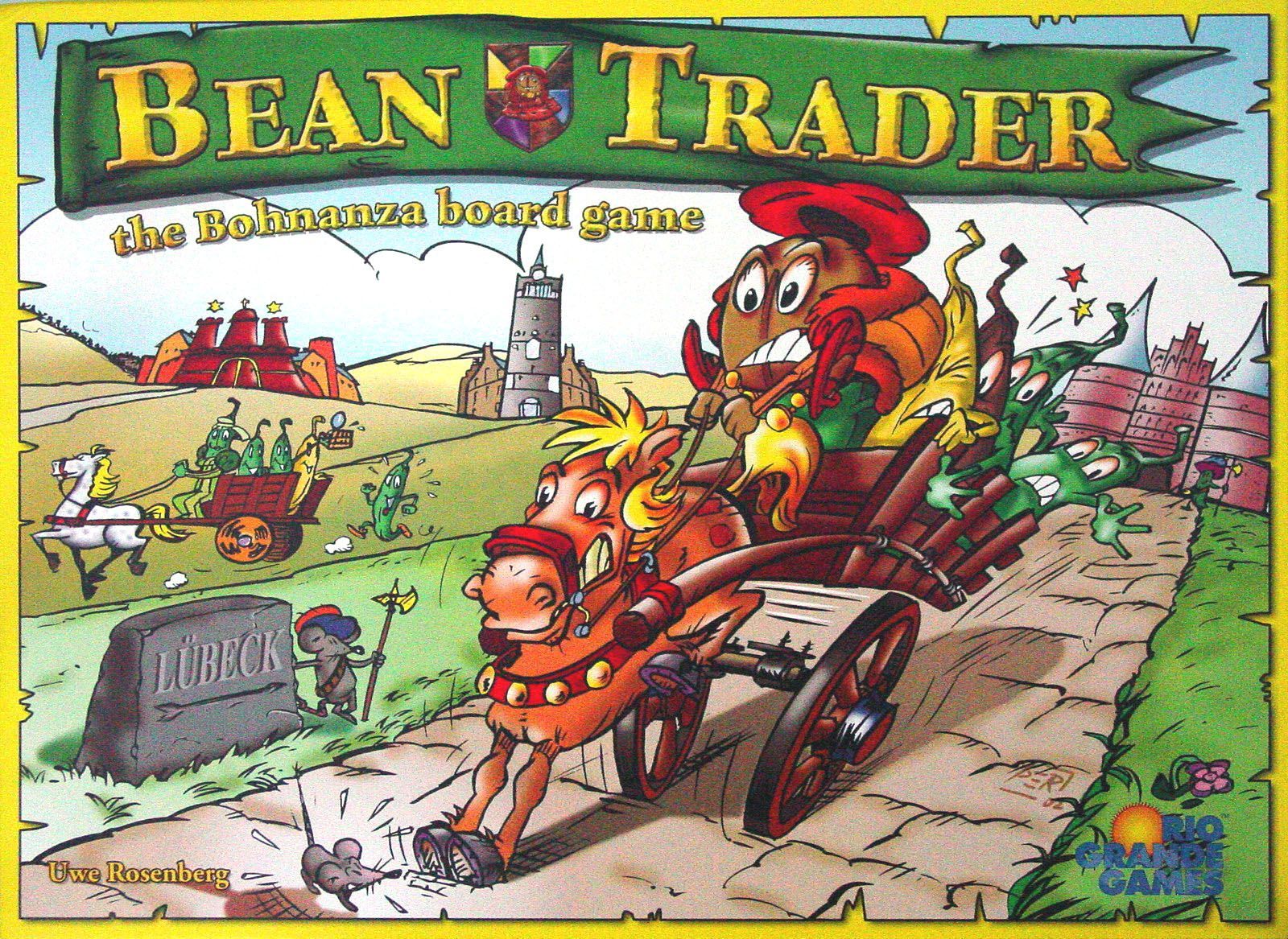 The players take the roles of bean traders and are members of the famous Bohn Hanse, the union of northern European cities and merchants involved in the bean trade of the middle ages. The players travel from Hanse city to Hanse city in wagons filled with valuable beans, where they can deliver bean orders and buy more beans. When a player is in a city and has an order card and the necessary beans to fulfill the order, he may deliver the beans and collect the value of the order from the bank. When two or more players are together in a city, they may trade beans among themselves. Trading beans is important as it allows players to get rid of unwanted beans and acquire needed beans. In addition, a player will buy beans in the city, if it has the type he wants. From time to time, the bean supplies will be replenished as described on new harvest cards. After eight new harvests, the game begins its last round. After this last round, the game ends and the player with the most thalers (money) is the winner. Bohn Hansa (Bean Trader) is part of the Bohnanza family of games.