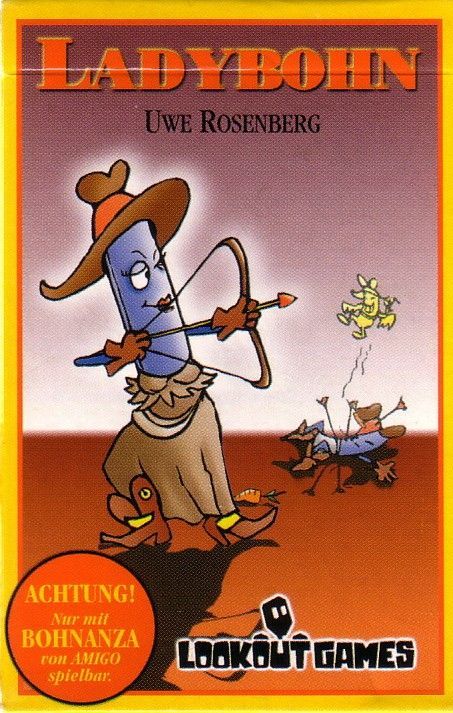 From designer Uwe Rosenberg comes yet another expansion set for Bohnanza produced by Lookout Games, the third such set in as many years. This edition premiered at Spiel 2002 in Essen, and is limited to 2500 units. In 2007, Amigo released a modified edition, Ladybohn: Manche mÃ¶gen's heiss!, including some new elements. Ladybohn adds female beans to the mix – female counterparts for seven of the basic Bohnanza bean types, plus a new Schminkbohne (Make-up Bean). The "ladybeans" have somewhat better beanometers than the male versions, and offer better payoffs when you harvest fields with ladybeans on top. The expansion set also includes a small number of new rules. Ladybohn is part of the Bohnanza family of games. Expands Bohnanza