Kings in the Corner - Universal Statistics 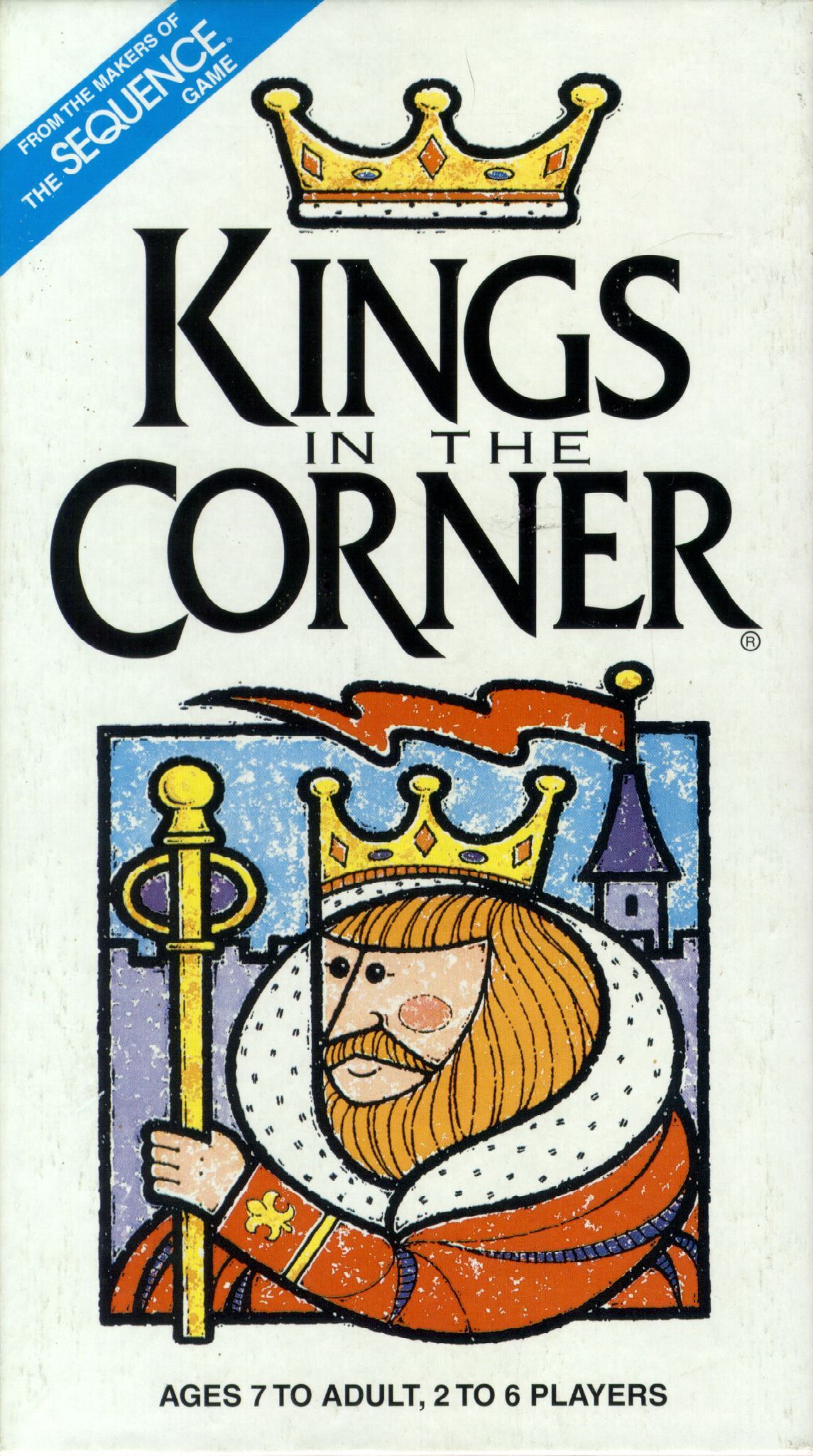 The players shuffle a regular card deck (included), deal out hands and divide up 80 chips among themselves, then begin tossing the chips into the kitty to do take actions (play, draw, renege, etc.) in what amounts to a multi-player version of "Solitaire": A central hub has four "king" slots and four "tabbed" slots. Only kings can be played in empty king slots, whereas any card may be played in an empty tabbed slot. To play other cards on top of the cards already present in a slot, they have to be one rank lower and the opposite color (red on black or black on red). A pile can be taken from one slot and added to the pile on another slot if the top card of the pile being moved is one lower than, and the opposite color from, the bottom card of the second pile. The first player to get rid of all the cards in their hand wins the round and all of the chips in the kitty, plus additional chips from the other players for each card remaining in their hands. This can be the game, or you can play until someone collects a set number of chips or all of the chips. Approximate playing time is arbitrary; it will vary depending on the winning conditions that the players choose.