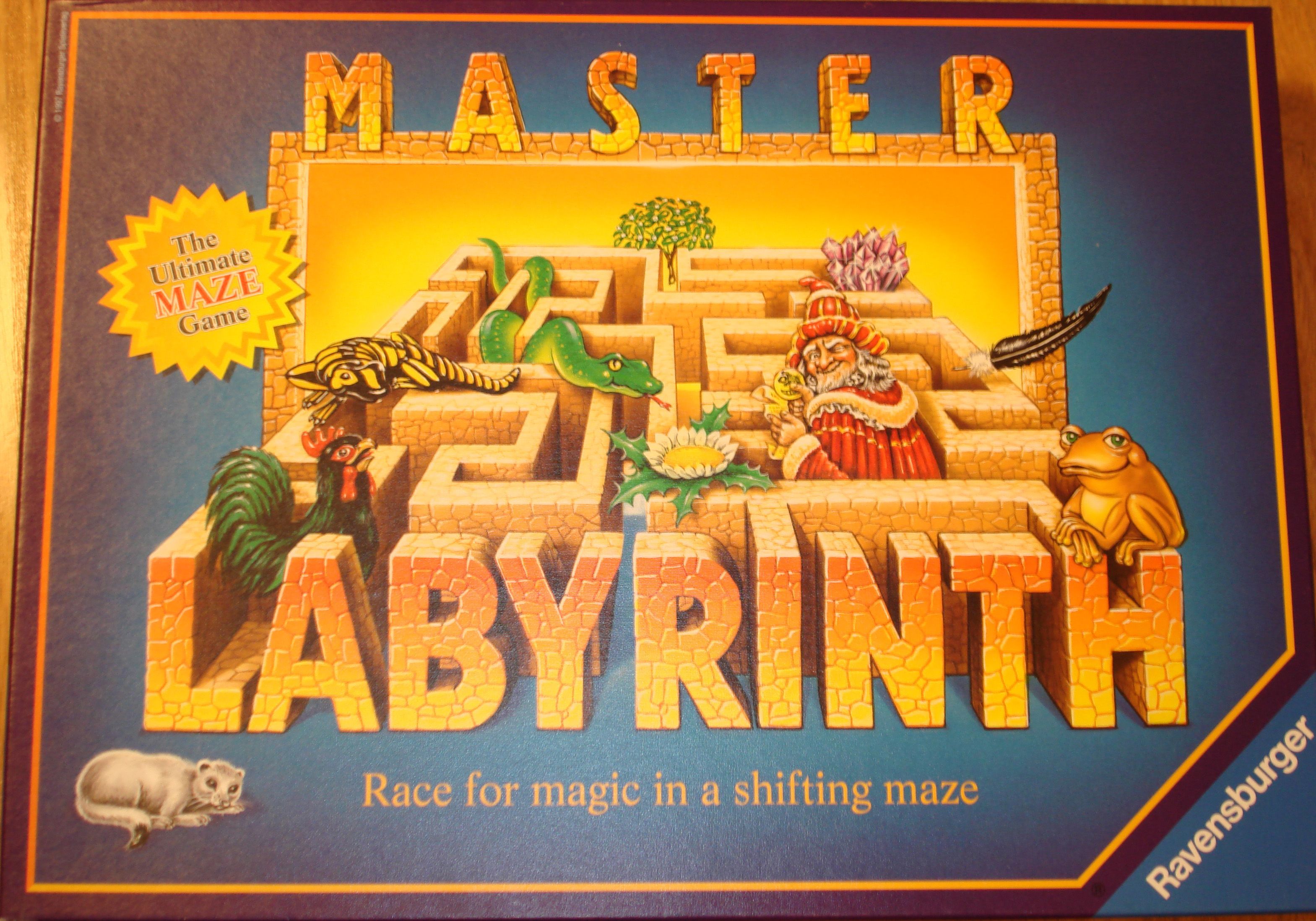 This earlier Master Labyrinth is very different than the 2007 dragon-themed Master Labyrinth. Part of the Ravensburger Labyrinth Games series, this game is based on the simpler, original Labyrinth game. It is played on a board with maze tiles (straight, L, and T shaped corridors) randomly arranged on it. Players are represented on the board by little wizard pawns. Players are wizards-in-training, and they are charged with exploring the maze and finding all the ingredients (numbered chips) needed to become a Wizard. The trick is that chips must be claimed in numerical order. Perhaps the most novel aspect of this game is that players mutate the maze by sliding a tile onto the board from the side, which hopefully will enable them to travel to the next ingredient. Once all twenty-one items have been claimed, the highest total score wins, but each player also holds a secret recipe worth bonus points if they were able to capture three specific ingredients.