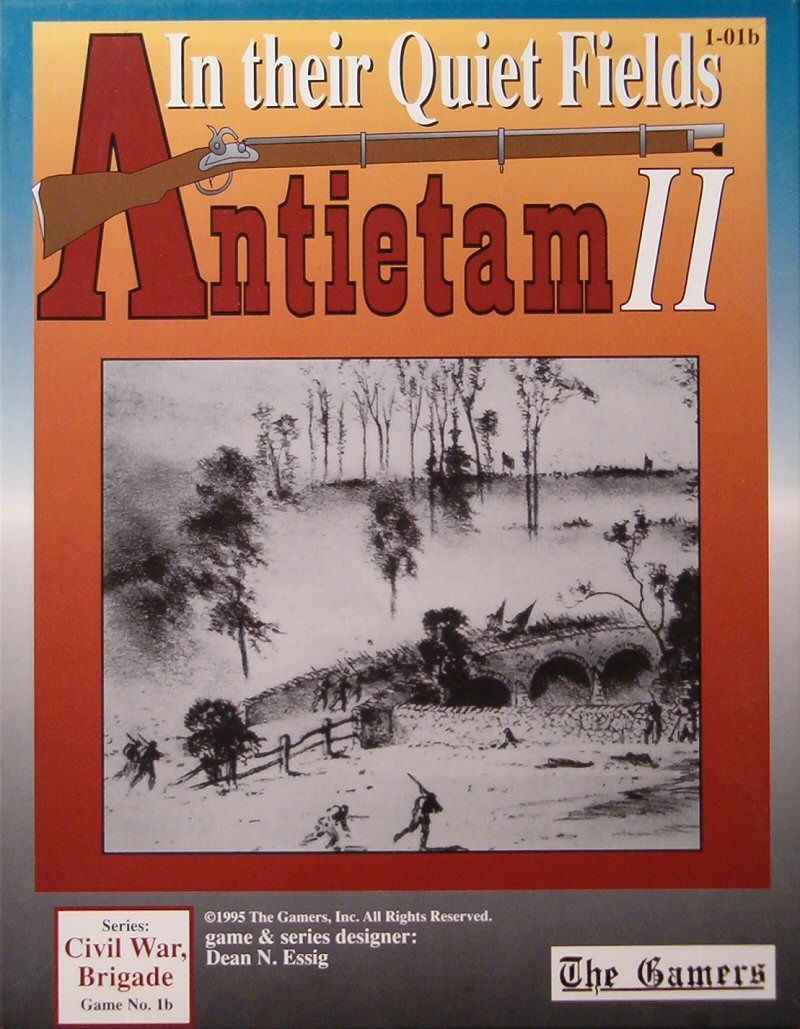 In their Quiet Fields II: The Battle of Antietam, Sept. 17, 1862: The Maryland Campaign has failed. Combat losses and heavy straggling have thinned the Army of Northern Virginia to the point where only the best remain in the ranks. The Army of the Potomac is at hand with twice as many troops. While the safest course would be withdraw into Virginia, rest the army and seek battle on another day, Robert E. Lee decides to stand and fight at Sharpsburg. On the Union side, George B. McClellan is no longer as confident of victory as he was a few days ago, when the discovery of Lee's marching orders gave Little Mac all the information he needed to defeat the enemy in detail. Now the Army of Northern Virginia is concentrated. While McClellan is sure he faces an enemy that vastly outnumbers him, he must fight and win here to preserve the Union. This is the second edition of In their Quiet fields, the very first Civil War Brigade (CWB) Series game. With its intense drama and hard-hitting action, it has long been a favorite of CWB aficionados. Both players face tough decisions: the Confederate player is stretched to the limit by an opposing army twice the size of his own. And while the Union player has tremendous numbers under his control, getting his sluggish commanders into motion poses a challenge. This is no game for the weak at heart! 2nd Edition Rules Advanced Command System Fast and Furious Action Completely redone maps and counters to the latest graphic standards - plus new scenarios and command uses not included in the earlier edition Player Skill is highly rewarded Situation allows both small-fast games as well as extended campaign play Five Major Scenarios Game Scale: Turn: 30 minutes Hex: 200 yards Unit: Infantry/Cavalry Brigades & Artillery Battalions Game Inventory: One 22" X 34" mapsheet Two countersheets (420 1/2" counters) One 32 page Series Rulebook One 24 page Game Rulebook Two six-sided dice Players: 2 (suitable for solitaire play) Playing Time: 2-30 Hours (varies with scenario played) Complexity: Moderate Solitaire Suitability: Medium