Attack in the Ardennes - Universal Statistics 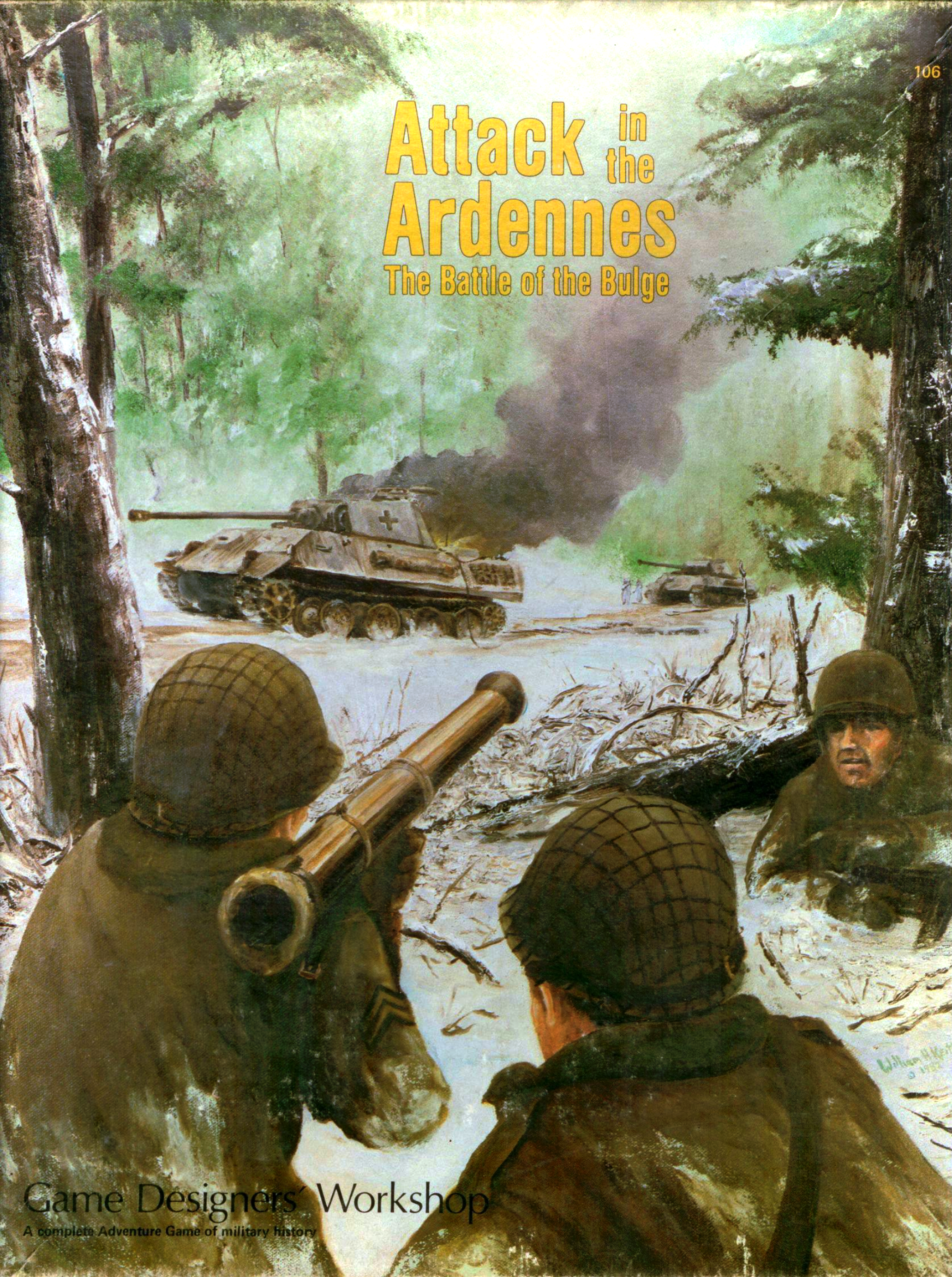 From the back cover: Attack in the Ardennes is a game for two players covering Germany’s last offense in the west. One player controls the German forces attempting to break through the Allied lines; the other player commands the American, British and French Forces trying to stem the onslaught. Movement of units is point-to-point along roads, emphasizing the key role played by the transportation lines in the rugged and densely wooded Ardennes. Each turn covers eight hours of the actual battle; each unit represents a regiment-sized unit involved in the battle. Armor, infantry, artillery and rocket launchers have key roles in battle, each having its own strengths and weaknesses. (text from the Box) The game comes along with a large Map with 320 counters. Game Mechanics are similar to A HOUSE DIVIDED from the same author.