Monkeys on the Moon - Universal Statistics 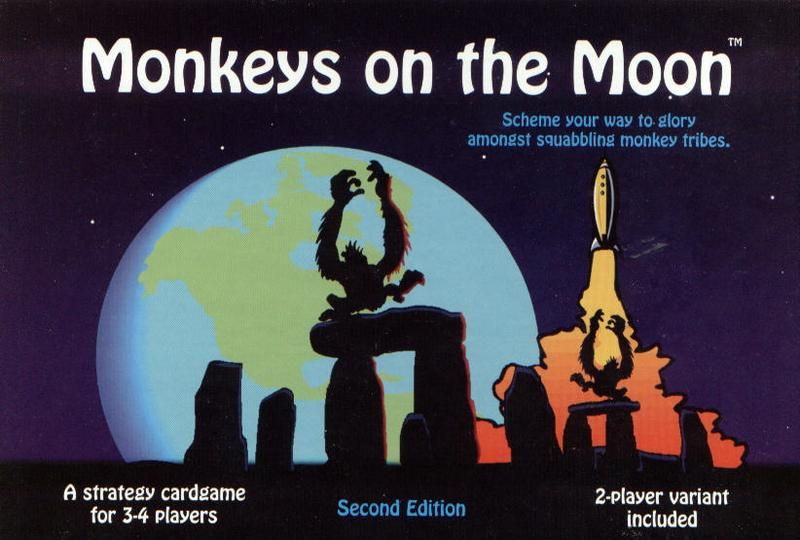 In Monkeys on the Moon, players advance monkey civilizations while also freeing monkeys from lunar isolation by launching spaceships. Players must carefully balance which tribes they advance, however, as there are monkey politics at play! Influencing one tribe will likely harm another tribe's opinion of you. The player who launches the most powerful primates home to Earth by game end will claim victory. Every move that a player makes will impress one of the six monkey tribes yet anger another. Knowing when to play favorites, and when to risk incurring the scorn of a tribe, is key to success. The game's monkey cards also feature six original drawings by cartoonist Scott Starkey.