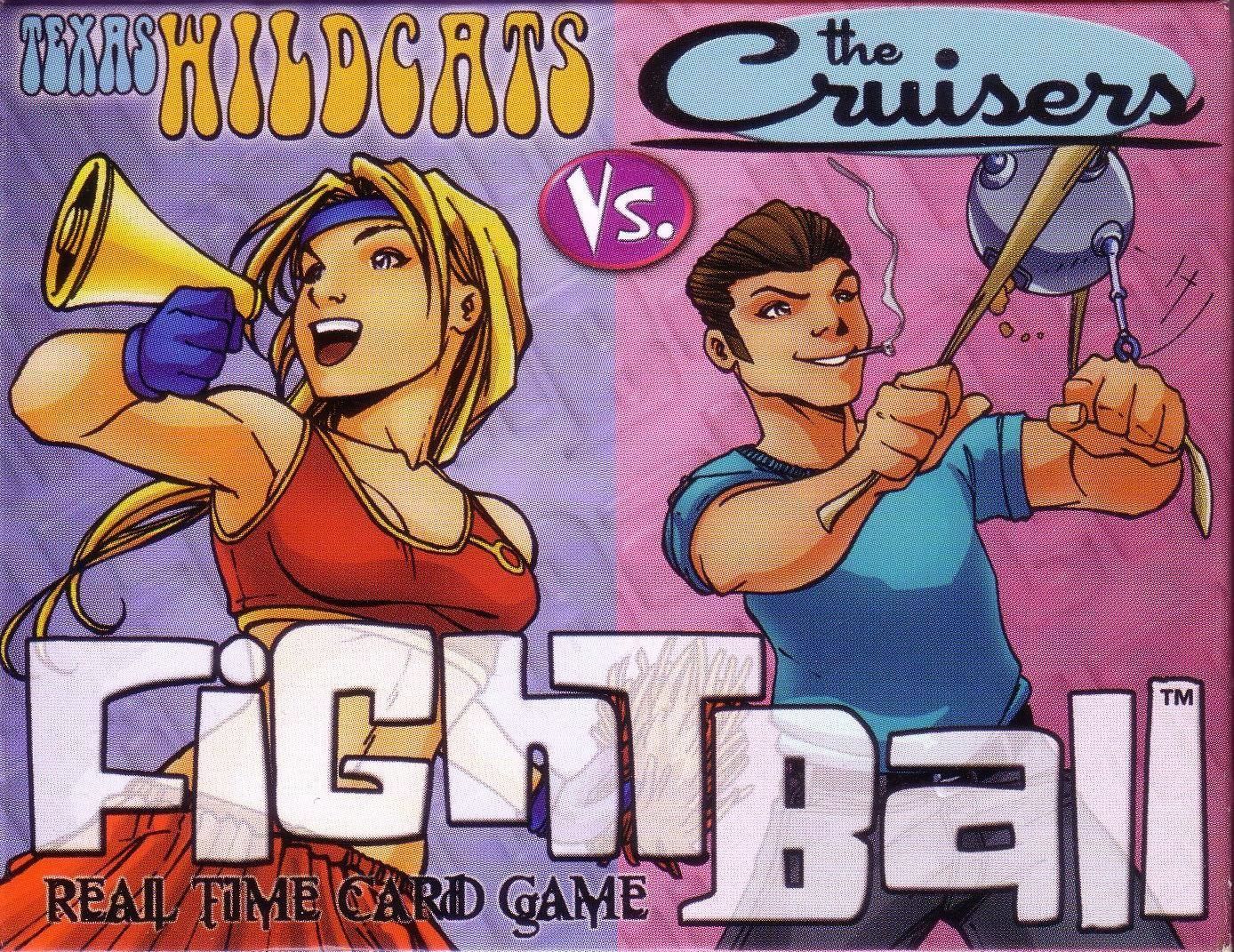 In the all-too-distant future, a bunch of people play a dangerous sport called Fightball, and James Ernest wrote a game about it. The setting is the streets of the future — not the real future, but the crazy apocalyptic future we all know and love. In this particular future, gangs of street thugs have (again) become enamored of the world of modern professional sports. Unfortunately, they have no real idea of how these modern sports were played, besides what they can guess from old photographs and what they know about the sports of their day. If all future sports use multiple balls, surely so did the sports of the twentieth century, right? And even if they didn't, they should have. Thus was born Fightball, a weird version of basketball with at least three balls — maybe more, we're not sure — two goals, and extremely violent gameplay. The sport is played on the streets and overseen by flying robot referees, and it's played by the weirdest assortment of folks you're likely to see in a game. Basically, Fightball is like basketball. Players build a "court" out of 24 cards and play four rounds. The play is fast and furious, with each player playing as fast as he can. When one player reaches the "BUZZ" card (at the bottom of the deck) the round is over. Now, players score each location on the court, looking for a sequence of cards starting with a player, then a ball, then a shot. Other cards, like blockers, can affect the quality of the shot. Some shots succeed, and are worth points. Others fail, and are worth nothing. The highest score at the end of four rounds wins the game! Fightball was released as three sets of double decks, and any two decks can be played against one another.