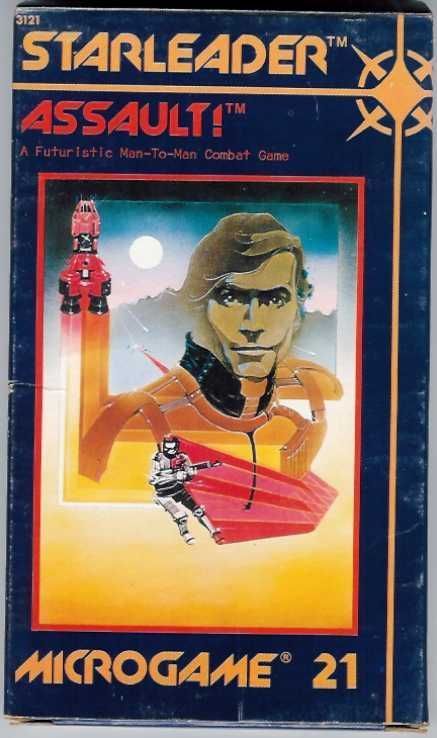 Microgame #21 in the Metagaming Microgames series is a wargame module meant to be the character-combat engine for a "Starleader" RPG that was never produced. It concerns combat in the "30th century of the Space Era (SE)" between defenders and attackers aboard a "Kyrathan 'Royal' class warp yacht" named (conveniently enough) the "Trek Heaven." It's a hex-and-counter game, but has character sheets; players can allocate resources to create characters as they would in an RPG. The official rules offer four scenarios, designed to ease the players into increasing complexity and role-playing elements: "The Rescue of Princess Rulian" (one rescuer trying to save the kidnapped princess vs. one terrorist), "Krotic's Treasure" (one rich guy and three thugs vs. four pirates), "Random Piracy" (three crew and one die worth of passengers vs. eight or fewer pirates), and "Random Raids" (all conditions GM- or player-designed). Approximate playing time is very fuzzy -- obviously the "Rescue" scenario will play much more quickly than a complex user-designed "Random Raid" with lots of role-playing. The maximum number of players isn't necessarily 2, but all of the official scenarios assume only 2 sides or factions. To support more players, teams or special user-designed scenarios would be called for.